Seven Tips for Living in Moscow from a Spanish RANEPA Student 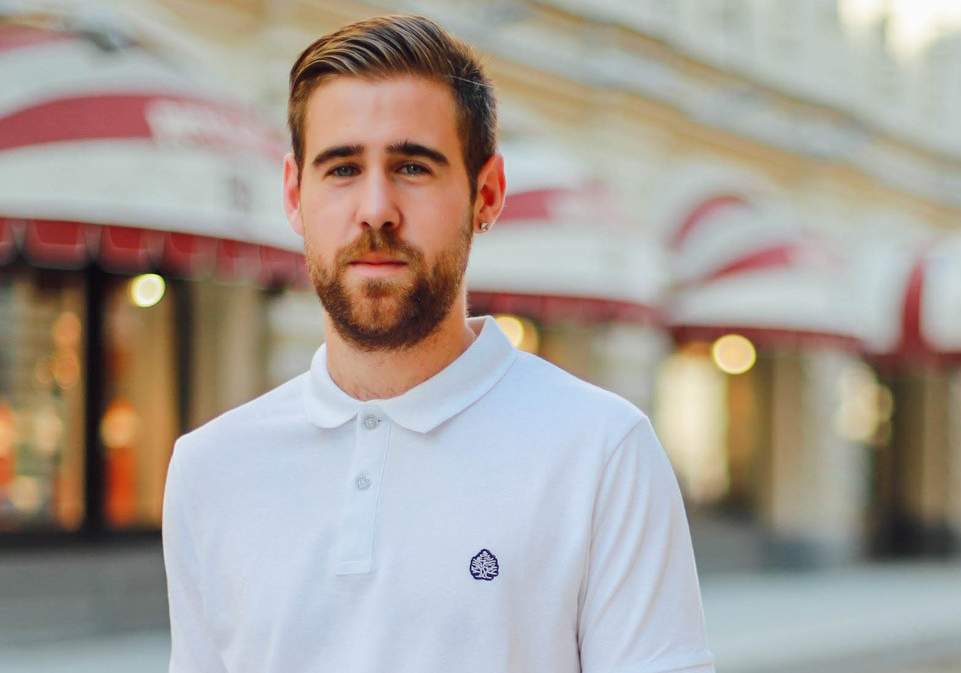 One year after the COVID-19 pandemic forced the Academy to switch to distance learning, international students are returning to the classrooms at RANEPA. Javier Royo Trallero, a third-year student at the RANEPA Faculty of Economic and Social Sciences (FESS), has spent the last 18 months in Moscow. He continues his education in business and administration that he started back in Spain. Today, Javier Royo Trallero shares useful tips for foreigners who are just starting their studies at the Presidential Academy and getting settled in Moscow.

Where to eat on a budget

All cafeterias on the Presidential Academy campus offer inexpensive and tasty food, and if that is not enough, a shopping mall on the way from the Academy to Yugo-Zapadnaya metro station has plenty of fast food restaurants. You can have a quick snack here and get back to your classroom if you have a gap in the classes or a long break. Sometimes my classmates and I get together in the food court to have a snack and discuss academic projects.

A great variety of restaurants with Italian, Russian, Georgian, and Asian cuisine can be found downtown, from very expensive to fairly cheap ones. It all depends on your budget. Here are some of the most cost-effective and popular local café chains that are nearly ubiquitous: “Varenichnaya”, “Mu-mu”, “Shokoladnitsa”, “Teremok”.

Where to go grocery shopping

When it comes to buying groceries at reasonable prices, I suggest you go to “Perekrestok”, “Magnolia” or “Auchan” chain stores.

Here are the average prices of most common food items:

Transport in the city

I mostly use the subway to get around the city. It’s inexpensive, fast, and the interval between trains is less than two minutes. Because of traffic congestion, getting somewhere by metro is generally much faster than by car, although taxis are cheaper in Moscow compared to Spain.

Initially I used a Troika transport card, topping it up every month through the cashiers located at the entrance of each metrostation. Currently I use a student’s social card. It makes traveling around Moscow much cheaper.

At first, I didn’t know that I could show my student ID at a museum, art gallery, or exhibition hall, for free admission or 50% off. This is a great way to encourage young people to learn about the historical and artistic heritage of the city and the country. In addition, you can also get a free pass to the Moscow Zoo with your student ticket.

Interesting places to visit for free

Moscow is an amazing city, where you can always find a new beautiful place to visit. For example, it has many great parks that are open to the public for free. Sometimes a fee may be charged if there is a special exhibition or performance.

I would recommend Gorky Park, Zaryadye Park, Sokolniki Park, VDNH, and Izmaylovsky Park for a visit. Another great place is Vorobyovy Gory, where you can ride the cable car (that service is not cheap, though) from the Luzhniki Stadium to Moscow State University. Tsaritsyno and Kuskovo have beautiful classic parks with ancient palaces and greenhouses. Then there is the wonderful Alexander Garden in the very heart of Moscow, by the Kremlin walls. And the Botanical Gardens are so huge, it’s easy to get lost in them! Finally, you can visit the Victory Park to see monuments dedicated to World War II. The place has some free concerts, by the way.

I would also recommend taking a self-guided tour of the different metro stations: not just because they are so beautiful, but because of their historical significance.

Of course, the Red Square is a must-see. Be sure to visit the Lenin Mausoleum: admission is free, but you need to check the opening hours in advance. And while you are there, I also advise to visit GUM – the State Department Store, a monument of the 19th century architecture, where you can have a walk around and buy delicious ice cream.

Another must-see is the Cathedral of Christ the Savior on Volkhonka. For those who are not familiar with the Orthodox culture, it will be interesting to get acquainted with the church architecture, Orthodox icons and traditions.

I also recommend that you take a ride around the Russian capital to take a closer look at what the Muscovites call “The Seven Sisters”, or “The Seven Stalin’s Skyscrapers”. These are high-rise buildings erected in the middle of the 20th century, distinguished by their beautiful and majestic style.

Other cities to visit

I visited the towns of Sergiyev Posad near Moscow (73 km) and Istra (76 km); I also took an express train to Vladimir, from where I traveled to the ancient Suzdal. It was a great experience riding a Russian train! Vendors pass through the carriages, offering ice cream, magazines and various sundries. I found this interesting.

I also took a car ride to Tula, which is about 200 km from Moscow. It was nice and comfortable too, but you do have to keep in mind the traffic on the way out and in, so plan your time in advance.

I took a plane to Kazan, the capital of Tatarstan. The trip was comfortable and not too long, and while getting the ticket and checking in was pretty stressful, it was also a positive experience overall.

I definitely plan to visit St. Petersburg, which I have not gotten around to, although it is very easy to do – there are night trains or Sapsan bullet trains running between Moscow and St. Petersburg.

Advice from an expert

From my own experience, I can say that at first Russia might look like a difficult country to live in. Especially if you come here without knowing a single word of Russian. Its weather is another aggravating factor. You should be prepared that most of the year you’ll wake up when it’s dark and cold outside. You will certainly see some striking differences between the traditions, habits and behaviors you are used to seeing and what you will encounter in Moscow. You have to be careful and adapt to new things gradually.

Despite all this, Russians are very nice, kind and cheerful, although they may not seem so at first. When you get to know them and they feel they can open up to you, they reveal their true selves: they are willing to spend time with you, help and prove themselves as your true friends!