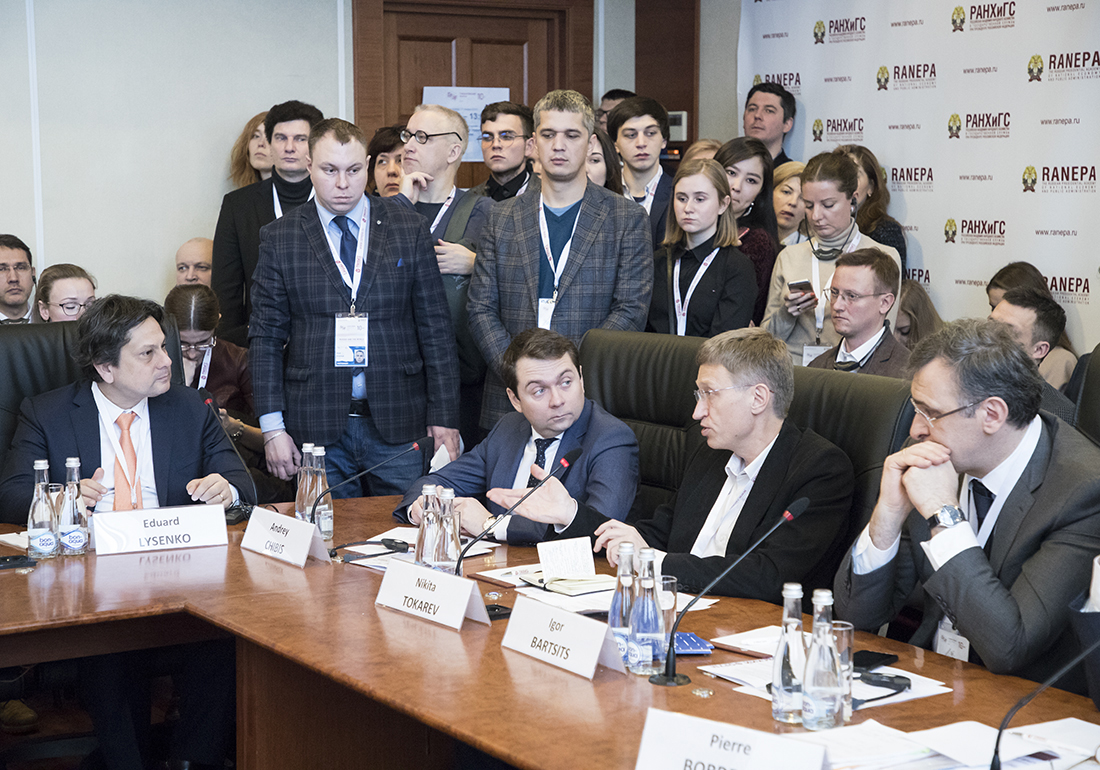 Within the framework of the final day of the 10th Gaidar Forum, an expert discussion of the Trianon Dialogue took place, during which the participants discussed the vectors of the smart cities development in Russia and the possibilities of high technologies integration into urban processes.

Opening the discussion, moderator of the session Pierre Bourdieu, member of the Strategic Council of the Grand Paris Working Group, assessed the overall situation with smart cities in the world: “The concept of a smart city has long gone beyond theoretical provisions. We can already see the results of the work done: currently, 50% of European cities and 60% of cities in South America contain the parameters of a new generation of cities.”

The second moderator of the discussion, Nikita Tokarev, director of the Architectural School Marsh, made a special emphasis on the relationship between the level of education of citizens and the quality of the smart city system functioning: “Smart cities are systematically adapted to the latest developments, which can only fully manifest themselves if the population achieves a certain level of education. Here education also implies a social experience of interaction with city authorities for the purpose of joint decision-making.”

The discussion was continued by Andrey Chibis, Deputy Minister of Construction and Housing and Utilities of the Russian Federation, who spoke about the role of the “Smart City” departmental project in the dialogue between society and the state: “When implementing pilot projects of smart houses in the regions of Russia, once a survey on citizens' preferences has been performed, the urban development agenda has changed by 60%, which indicates the necessity to develop joint work of the population and authorities."

A report on the readiness of Russian cities to switch to smart city systems was made by Evgeniya Murinets, advisor to the president of the Union of Architects of the Russian Federation. The main problem of the mass adoption of smart cities is the low speed of communication between developers and the mayor's office; hence, we should not expect a quick transformation in the regions. However, in such large cities as Moscow and St. Petersburg, the problem of communications is not so acute.

The topic of energy-saving and energy-efficient technologies in smart cities was touched upon by Laurent Paganon, Director of the EDF Representative Office in Russia and the CIS. According to the speaker, the blockchain and artificial intelligence technologies will be on a par with low-carbon carriers among the measures that reduce costs in the operation of the urban economy.

For France, as noted by Eric Aubspin, President of Phosphoris, the issue of energy-saving systems developing in residential buildings is more relevant than ever: "The IOC has put forward special requirements for the energy consumption of the infrastructure for the Olympics to be held in the country in 2024."

Emmanuel Forest, global vice president of Bouygues S.A., made a special emphasis on the methods of minimizing and distributing risks in the implementation of smart city projects. Work in a consortium is perceived by the speaker as the most optimal way to reduce risks.