Social and psychological aspects of digitalization 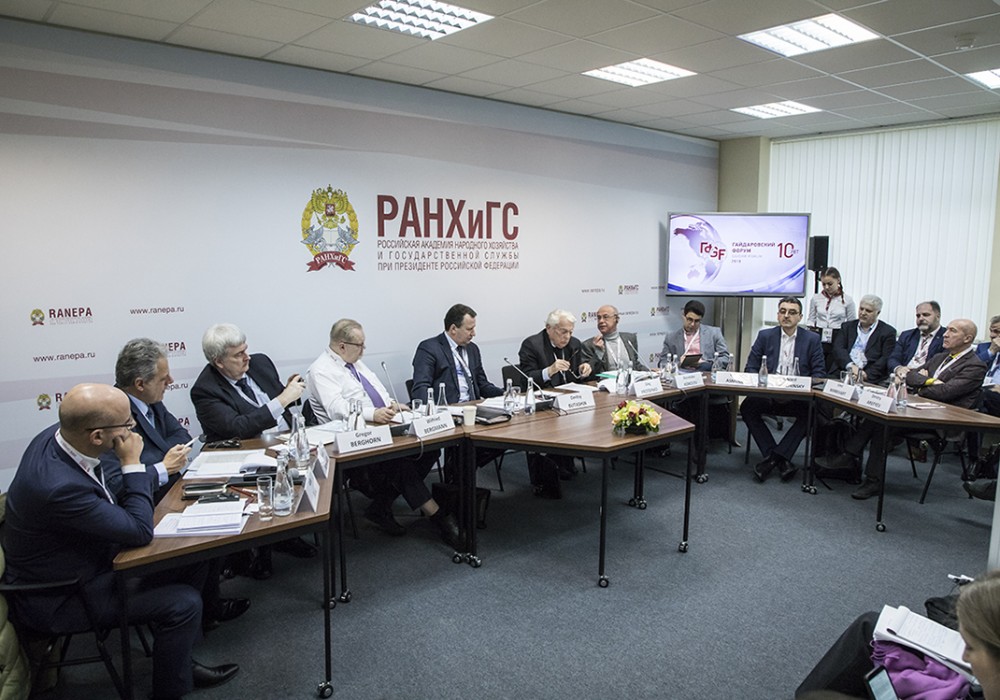 The discussion was moderated by Dmitry Butashin, Vice-Rector of RANEPA, and Wilfried Bergmann, Deputy Chairman of the Board of the German-Russian Forum. Alexander Asmolov, Director for Humanitarian Policy, RANEPA; Ardin Jalali, director of international programs at Steinbeis University; Grigory Asmolov, Researcher, Institute of Russia, Royal College of London; Wolf Stelzner, professor of psychology at the University of Potsdam; Edward Galazhinsky, rector of Tomsk State University, and Harald Pechlaner, director of the Center for Strategic Studies at the European Academy of Bolzano took part in the discussion.

Moderators opened the section with identification of the main challenges that digitalization poses today, penetrating all spheres of society. “The range of problems primarily affects the labor market and education. There is a question about the willingness of people to embark on the path of change, about responsibility for the risks that arise,” says Dmitry Butashin. “Digitalization is a new matter, which is only gaining development momentum, but our society is not yet able to cope with this process, we still don’t know exactly how it will develop. One thing is clear: the introduction of technology entails global changes in our lives,” adds Wilfried Bergmann.

Harald Pechlaner considered the problem from a spiritual point of view. In his speech, the expert raised the question of how a modern person should deal with religion in the world of digitalization, whether religion as such will exist or whether digitalization will take its place. “We will face a new spirituality,” Harald notes. “Nevertheless, such a radical focus on technology should not let out the human and humane foundations of being”.

Alexander Asmolov continued the discussion, pointing out the educational aspect of digitalization. “It is necessary to answer the question whether society is ready for the changes, transformations, and new challenges of uncertainty that the future throws to us. For us, the key factor of all transformations is the total change in education, the development of super-speed in the field of personnel retraining,” stressed Alexander Asmolov.

“If we clearly understand today that the future is backed up with a strategy of readiness for change and a clear understanding of the unity of ethical principles and technological progress, then the picture of the world will change in an optimistic direction. Of course, on the one hand, total digitalization is a huge risk, but on the other hand, it offers  huge opportunities, it is very important to actualize them in the right direction,” the participants of the round table concluded.