HomeNewsNews Social Entrepreneurship was discussed at the Gaidar Forum (VIDEO)

Social Entrepreneurship was discussed at the Gaidar Forum (VIDEO) 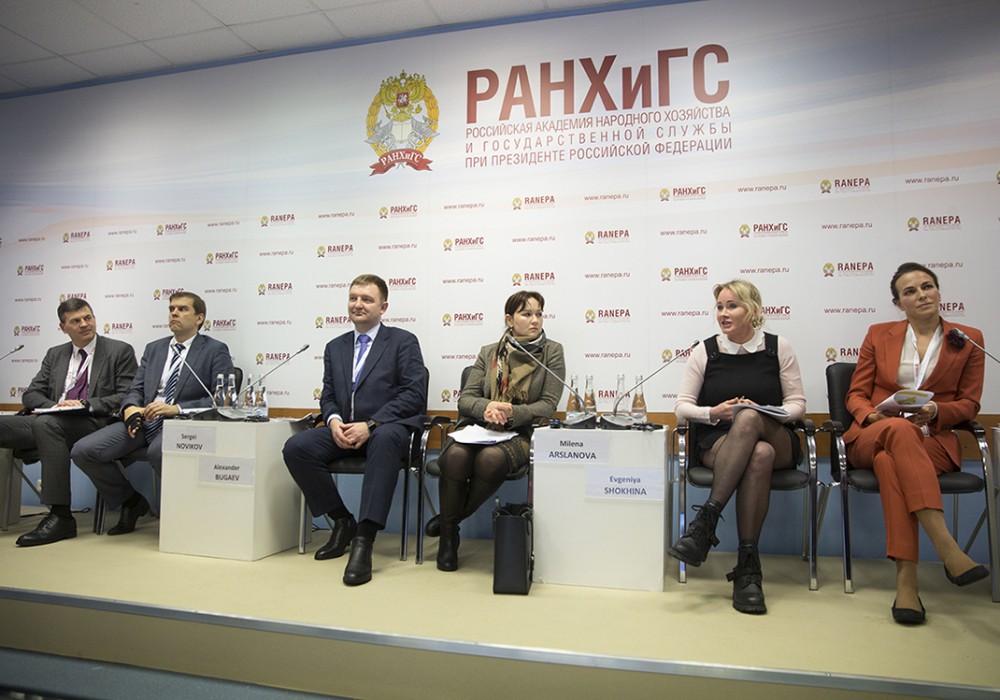 On the first day of the 10th Gaidar Forum, an expert discussion “Social entrepreneurship – a new social elevator for young people” was held. The meeting was moderated by Vyacheslav Shoptenko, Director of Institute of Organizational Development and Strategic Initiatives of RANEPA, Manager of “Manage!” student project.

At the beginning of the discussion, Vyacheslav Shoptenko outlined three main terms with which listeners are to familiarize themselves and understand how they are interrelated: “social entrepreneurship”, “social elevator” and “youth”.

Alexey Komissarov, Vice-Rector, Director of the Higher School of Public Administration of the Russian Academy of National Economy and Public Administration, General Director of the Autonomous Non-Commercial Organisation “Russia – Country of Opportunities” responded to the question of what opportunities young people currently have in social entrepreneurship. He noted that many structures have been created for the implementation of social projects, including the Autonomous Non-Commercial Organisation “Russia – Country of Opportunities”. The main task of this organization is to find and support new social projects. “Young people are motivated not only by finances, but also by the possibility of self-realization and the search for themselves in these projects,” said Alexey Komissarov. He also spoke about the innovation in the “Leaders of Russia” project, according to which the semi-finalists will need to implement their own social project to confirm their leadership status and reach the final.

The topical issue during the discussion was the draft law on social entrepreneurship, which has been discussed and developed for a long time. Milena Arslanova, director of the Investment Policy and Entrepreneurship Development Department of the Ministry of Economic Development of the Russian Federation, said that the main problem in drafting a new law is the inability to clearly define who “social entrepreneurs” are. After a long discussion of the draft law, the authorities identified several criteria for determining social entrepreneurs. Firstly, a social entrepreneur creates employment for a certain circle of persons, secondly, ensures access of goods and services produced by persons with disabilities to the market (i.e., acts as an intermediary), thirdly, produces goods and services that improve the quality of life and, finally, solves the specific tasks of society.

Speaking about social support, the participants of the discussion noted that there is a large number of funds, as well as educational and competitive programs, within which young people can get help in implementing their social projects. The experts mentioned such types of assistance as the project “My First Business”, the Presidential Grants Foundation, the Our Future Foundation, the Raise Competition. “We are trying to support young people in all directions, because it is they who give society new ideas and a non-standard look,” said Yulia Zhigulina, Managing Director, Our Future Foundation.

Sergey Novikov, Head, the Presidential Social Projects Directorate of the Russian Federation, summed up the Year of the Volunteer. According to his statistics, the number of people who consider themselves to be volunteers, has doubled compared with last year's figures. According to Vyacheslav Shoptenko, volunteering is inextricably linked with the concept of social entrepreneurship, because, as the moderator put it, “volunteering is the first good step towards the development of social entrepreneurship.”

The discussion ended with a presentation given  by young people who spoke about their already implemented social projects. The speakers noted that for them social entrepreneurship is a business that is cost-effective, helping people with disabilities. “We constantly communicate with the target audience. They get not only fish, but also the bait, because they learn to earn money, ”the students said in their speeches.