Soyuzmultfilm: how to create animation (MOVIE) 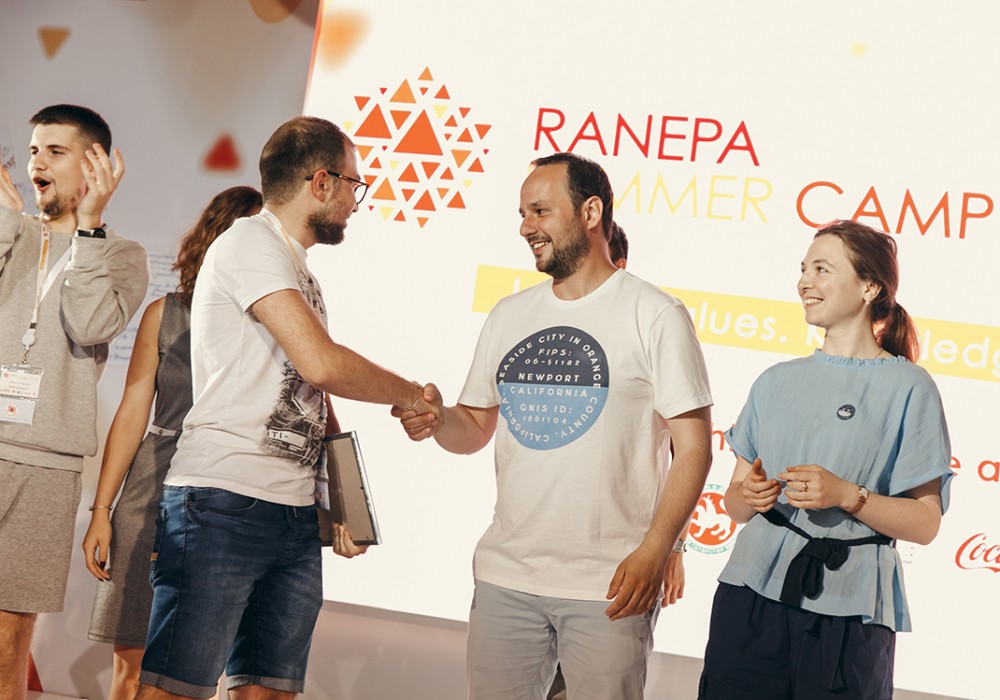 At the beginning of that day, the Director of SoyuzMultClub Alexey Pokrovsky acquainted participants of the meeting with animation: outlined its types, styles and techniques used by their company. Examples were Soviet cartoons Hedgehog in the Fog, Mowgli, Small Craft and many others. They were all well known to the Russian audience of the RANEPA Summer Campus, but many foreign students saw characters, such as Cheburashka, Gena or, for example, Carlson, for the first time.

It was followed by the practical part held by animation artists Daria Shishova and Salavat Konurbaev. They invited students to try themselves as creators of animated movies and create their own unique project, with completely new characters, their stories and values. The main criteria for the evaluation of works of participants were: creative idea, original solutions, social significance, close-knit teamwork, character design and presentation of the project itself.

Participants of each team were divided into four divisions: directors, artists, writers and producers. The first division was responsible for the main concept of the work and its development. The second and third divisions embodied project idea, wrote the story of characters and their universe. The fourth was engaged in marketing, pitched advertising program and prepared a presentation.
‘Every day we are working ever more closely together. We are strong in spirit, learn about each other more and more with every task.

The subject is interesting because creating animation and stories develops imagination. Creating a project could push the development from various angles, which is very important in the modern world,’ Daniil Khalikov, a participant of the RANEPA Summer Campus, said.

This creative and time-consuming task has helped develop the teamwork ability of participants. It required not only the ability to come together to implement a project, but also intelligently assign responsibilities, and at the same time act as a cohesive whole.

Yulia Tikhomirova, Marketing Director of Soyuzmultfilm Studio, also delivered a speech to participants of the RANEPA Summer Campus. Using as an example the case The Snow Queen (2012), she told what value orientations, it is important to pay attention to, when creating a marketing strategy. New year celebration is a perfect occasion to start a campaign to promote, which development began as far back as in February. This work takes a long time, because the main thing in it is quivering attitude to details. The team had to think over various scenarios: videos with the main characters, office zones, toys, homeware, clothing and mobile apps, etc. Partners were the Russian Railways, Aeroflot, Sberbank, Beeline.