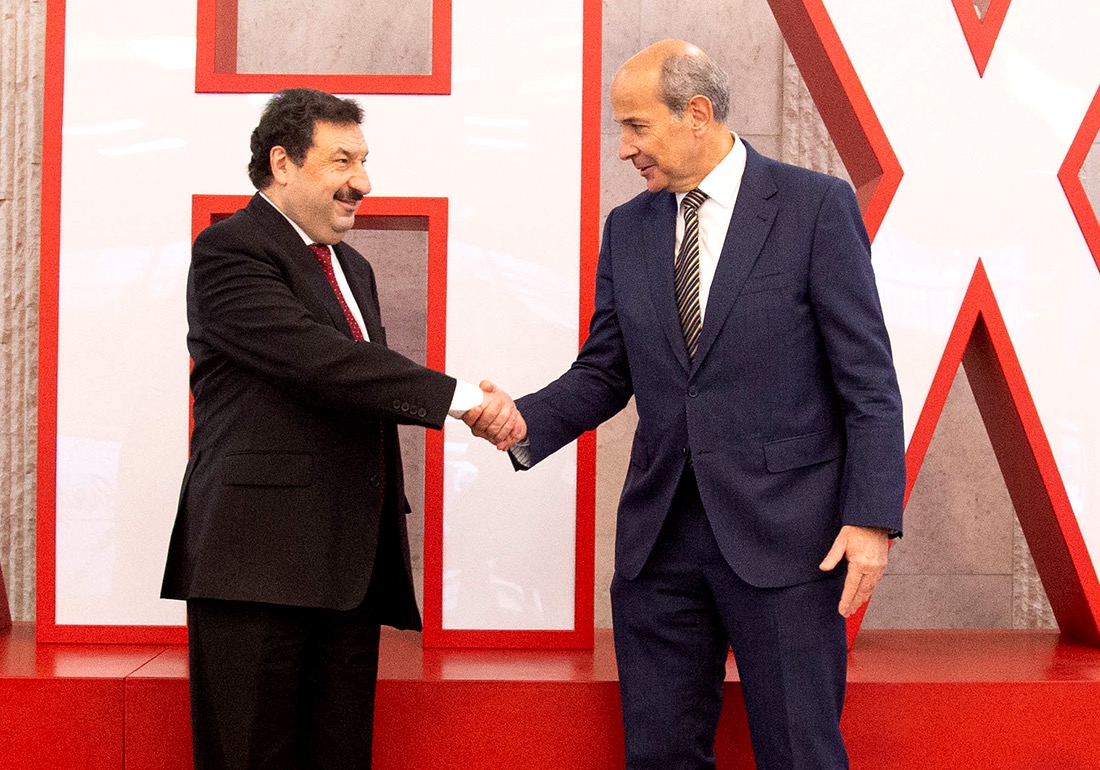 On January 18, Ambassador Extraordinary and Plenipotentiary of the Kingdom of Spain to Russia Marcos Gomez Martinez visited RANEPA. The meeting was attended by Rector of the Academy Vladimir Mau, Vice-Rector Dmitry Butashin, acting Director of IPACS RANEPA Ruslan Korchagin, Director of IPACS Russian-Spanish Center, Secretary General of the Alliance of Russian and Spanish Universities Olga Pirozhenko, RANEPA Director for Development of International Cooperation and Education Larisa Taradina and representatives from the Spanish Embassy.

H.E. Marcos Gomez Martinez’s visit to RANEPA began with a tour of the Academy. RANEPA Research Library staff showed the diplomats a collection of rare photographs, books and publications dedicated to memorable events in the Academy's 100-year history. The Spanish guests had a chance to see some unique copies from the library’s rich collection, including Don Quixote of La Mancha by Miguel de Cervantes Saavedra, as well as Vasily Botkin’s Letters on Spain published in the 19th century.

Marcos Gómez Martinez commented on the Spanish-Russian partnership in higher education and offered words of encouragement to the young people now starting their studies at universities in Spain and Russia to become sought-after professionals and adequately meet the global challenges of the 21st century.

“RANEPA and some other Russian universities are working closely with Spanish institutions,” the ambassador said. “We will work even better and even more. The world has become more complicated, and the younger generation is facing even greater difficulties because of the pandemic. But young people have the opportunity to improve this world, or rather they need to do improve it. To achieve this, you need to work hard and show common sense and dedication. That would be enough. We have great hopes that today’s young people will build a better world than the one we live in.”

RANEPA’s cooperation with Spanish higher education providers is very broad and intensive and involves academic mobility, double degree programs and joint research projects. The Academy has established partnerships with more than 30 schools in Spain, including both universities and business schools.

As many as 18 Spanish students are currently enrolled at the Academy – at IPACS, FESS, ISS and NWUM. At the same time, 16 students from IBS-Moscow and IPACS are studying at Spanish partner universities as part of joint programs and academic mobility.

RANEPA is active in the Alliance of Russian and Spanish Universities, working to strengthen cooperation and partnerships and promoting internationalization of higher education in the two countries.