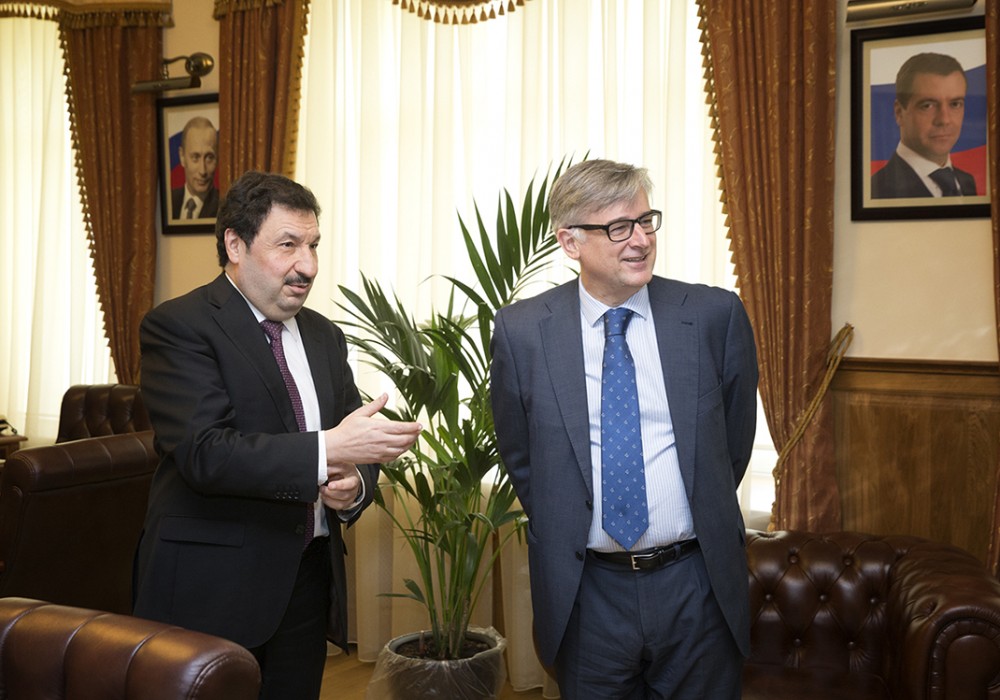 The Russian Presidential Academy of National Economy and Public Administration (RANEPA) has hosted a meeting with the Extraordinary and Plenipotentiary Ambassador of the Kingdom of Spain in Russia, Mr. Ignacio Ibáñez. He was accompanied by the embassy’s educational attaché, Mr. Jose Aurelio Llaneza Villanueva.

On June 6, RANEPA Rector attended Spanish Foreign Minister Alfonso Dastis’s meeting with prominent figures in Russian culture and education who have made significant contributions to the development of modern Russian-Spanish relations. H.E. Mr. Ibáñez highly appreciated the panel discussion dedicated to the 40th anniversary of the restoration of diplomatic relations between our countries held as part of the 2017 Gaidar Forum.

The meeting focused on plans to hold a convention, International Humanitarian Cooperation between Russia and Spain, in Valencia. The parties discussed the possibilities of setting up an education resource center at RANEPA, jointly with the Spanish Embassy in Moscow. Plans call for opening a Russian-Spanish University at one of the Spanish universities, partners of the Presidential Academy.

The is also a plan to organize a Russia – Spain roundtable at the 2018Gaidar Forum to discuss our country’s image in the Spanish media and the image of Spain in the Russian media. The leading information agencies in both countries, including the Spain’s EFE and the Russian agency Interfax, will take part in the panel discussion.