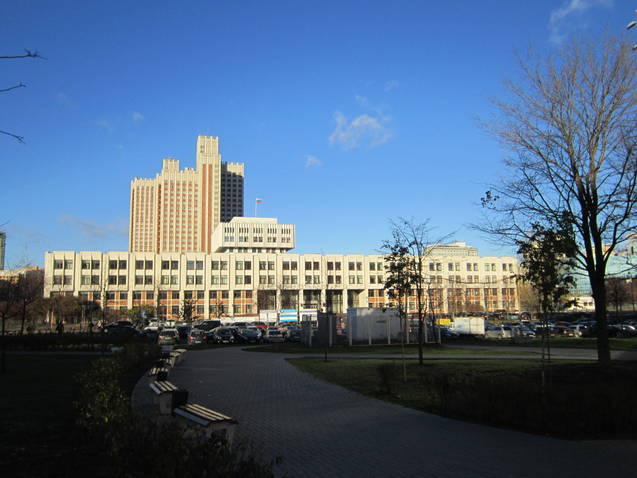 On November 21, an open discussion on Eastern Question: The Future of Russian-Chinese Relations took place at RANEPA. The participating students and Sergei Mikhnevich, researcher at RANEPA Center for International Institutions Research (CIIR), discussed changes in the two countries’ relations over different historical periods, especially their economic and socio-cultural ties.

At the beginning of his remarks, the expert, Sergei Mikhnevich, noted that, although cooperation with China certainly benefits Russia, this understanding did not emerge right away; there have been periods of cooling and warming of relations. Nevertheless, over almost 30 years since the collapse of the Soviet Union, Russia has achieved success in building relations with China, largely due to the completion of the state border demarcation program and the agreement on good-neighborliness.

The students noted that Russia is one of the main suppliers of energy resources to China, which underlies the two countries’ economic cooperation. At the same time, there are joint projects in other areas, for example, in the nuclear power generation and the aircraft industry, although it is difficult to cite any real results there, because some programs have changed in the implementation process, while others are still at the initial stage.

“In recent years, we have increased the number of various joint activities and projects. Just look at the number of Russian authors translated into Chinese. Their number and amounts translated are significantly greater in academic literature than in fiction,” Mikhnevich said adding that the two countries’ cultural cooperation is now better than it was a couple of decades ago, but still below the 1960s level.
Russian audiovisual products are quite popular in China, although the demand for them cannot yet compare with the demand for Hollywood products.

The discussion participants noted that relations between Russia and China are developing fast enough, however, there are still quite a few areas where our cooperation should not just continue, but also deepen.