HomeNewsNews Stefan Mecha, CEO of Volkswagen Group Rus LLC, had a meeting with students of the Global Governance and Leadership English Bachelor’s program

Stefan Mecha, CEO of Volkswagen Group Rus LLC, had a meeting with students of the Global Governance and Leadership English Bachelor’s program 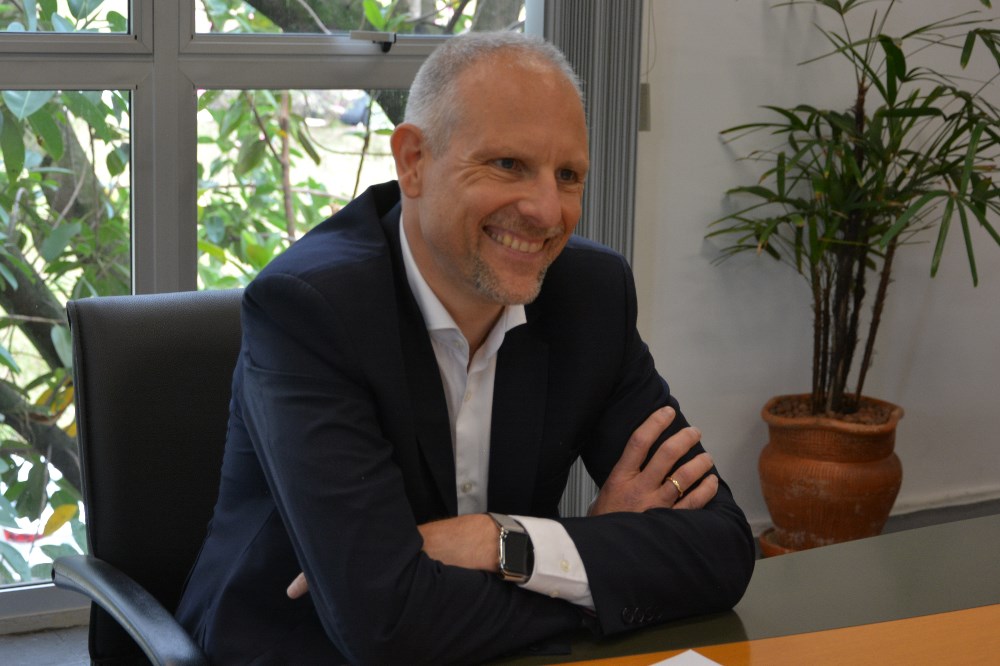 The workshop was dedicated to Mr. Mecha’s work as the General Director of Volkswagen Group Rus LLC. Stefan Mecha told the students that Volkswagen Group Rus LLC unites the work of seven Volkswagen brands and consists of a Moscow branch office, where general coordination is carried out and sales companies of the brands are located, as well as of a factory in Kaluga and a branch in Nizhny Novgorod.

The speaker discussed the prospects for the development of the Kaluga factory and new projects, aimed at the development of the regional automotive cluster, as well as investment in Volkswagen production facilities in Russia. The students were particularly interested in the impact of the pandemic on the company’s business in Russia and the anti-crisis measures taken.

There was a lively discussion of the new areas of development of the corporation related to production of electric cars and digitalization of the current models.

“In the first year of the Global Governance and Leadership program, as part of our internship in Germany, we visited the headquarters of the world’s leading and largest European automobile manufacturer, Volkswagen AG. At the time, I was very impressed with the way such a big business is structured and operates. It was very useful to meet Stefan Mecha now and find out how the corporation operates in Russia. Thanks to the Global Governance and Leadership program for providing such opportunities,” said Ilyas Hasani, a second-year student.

Stefan Mecha holds an economics degree from Hagen University in Germany and an executive MBA from the Insead Business School. In 1995 Stefan Mecha started working at Sixt Leasing AG. Since 1997 he worked at Daimler AG and in 2001 he became General Manager of Daimler Fleet Management in Europe. In 2002, he became Vice President of International Sales of e-Sixt AG and joined its Board of Directors. In 2005 Stefan Mecha started his career at Volkswagen as Regional Sales Director for Commercial Vehicles Western Europe. He has worked in sales for Volkswagen in Europe and the Middle East. In 2016, he became a board member of Volkswagen South Africa and Managing Director of the importing company. Since 2018, he has served as vice president of sales and marketing for the South America region at Volkswagen Brazil. Since 2021, he has been the General Director of Volkswagen Group Rus LLC.