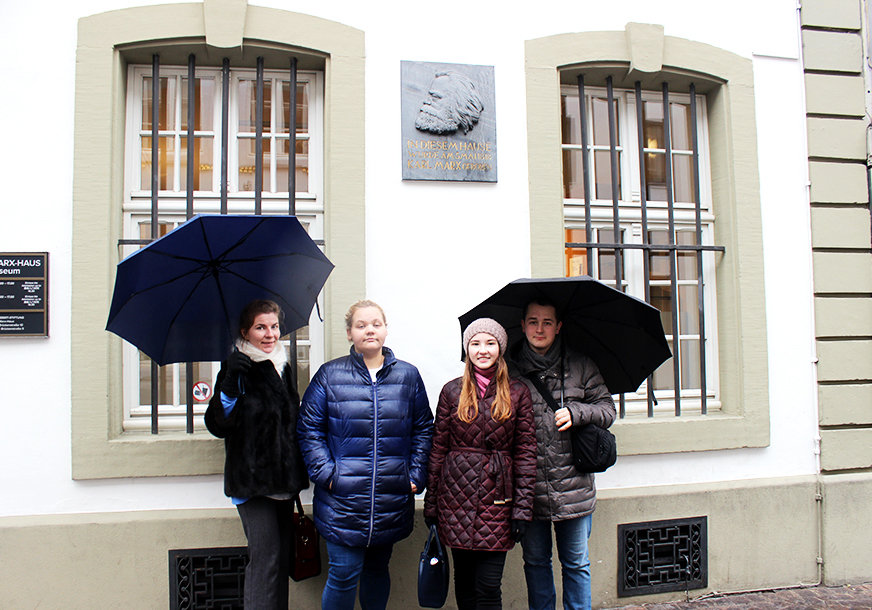 Konstantin Kiktenko, a third year student of RANEPA Institute of Law and National Security (ILNS), has visited Germany as a member of the Refugee Law Clinics student exchange program.

The exchange program participants visited the Bundestag where they took part in debates on the history, politics and legislation of the Federal Republic of Germany. One day of the program was devoted to studying the work of the Migration Hub network, a public organization helping refugees and IDPs who are experiencing difficulties in Germany. After talking with the head of Migration Hub, the exchange program participants had the opportunity to work with statistics on refugees in Russia and Germany. They compared the Russian and German immigration laws, and examined the real socio-political situation that refugees face upon arrival in Russia and Germany.

Konstantin Kiktenko, along with other program participants, visited the old city of Trier. The students visited the local administrative court, where court representatives spoke about the system and current problems of justice in Germany and answered their questions. An important part of visiting Germany was a meeting with refugees from Afghanistan and Iran. On the final day of the program, the participants attended lectures by graduate students from the University of Trier: Introduction to German Constitutional Law and Fundamentals of EU Environmental Law.

The Refugee Law Clinics student exchange program was organized by the St. Petersburg Prince Oldenburgsky Institute of Law and Refugee Law Clinics Deutschland, the umbrella association of the German RLCs with the assistance of the Center for Development of Legal Clinics (Moscow), an autonomous non-profit organization.