Tax policy is a factor of Russian business competitiveness (VIDEO) 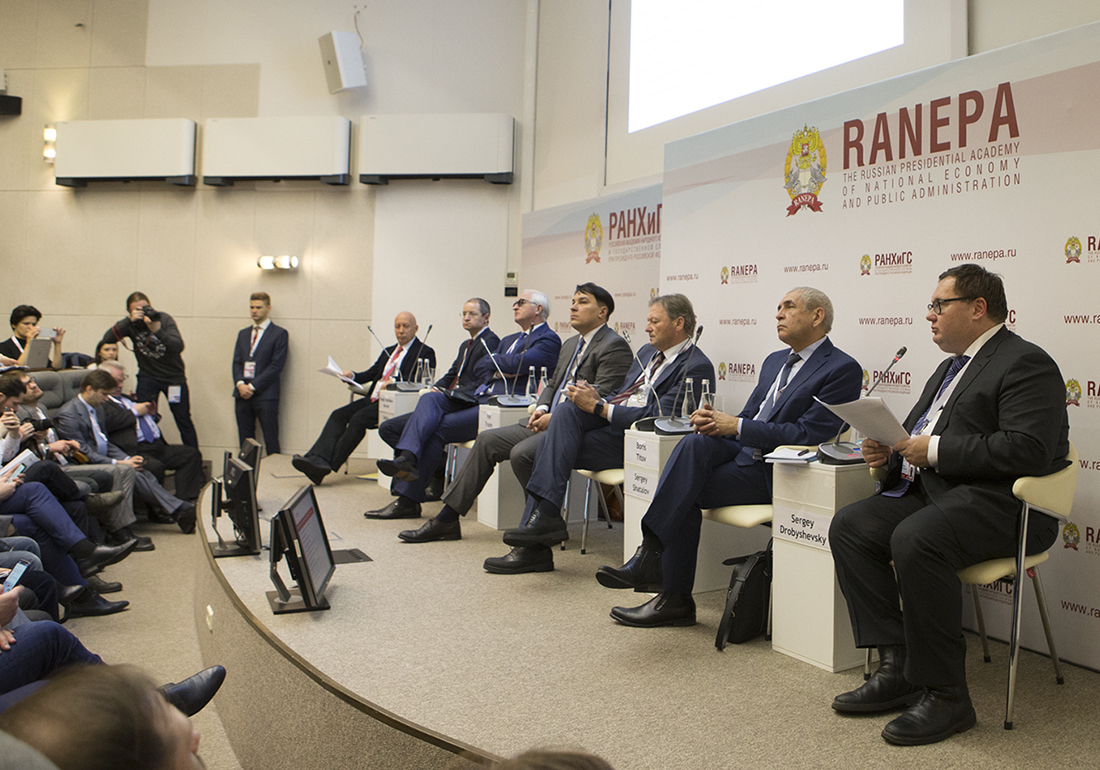 On December 16, a panel discussion Taxation Policy as a Factor of Russian Business Competitiveness took place at the 10th Gaidar Forum.

Rector of the Russian Foreign Trade Academy Sergei Sinelnikov-Murylev moderated the discussion summing up each speaker’s remarks. In his opinion, the tax system is currently working in an optimal way, correctly distributing the load and ensuring tax stability.

Boris Titov, Presidential Commissioner for Entrepreneurs' Rights, said: “There are still the functions of stimulating economic growth and dealing with social inequality. The Russian tax system is clearly not coping with those.”

The Russian tax system largely meets the criteria of an “optimal tax system”, but there is a sustained set of myths that cause heated discussions both in the business community and during the development and discussion of budget laws.

Sergei Drobyshevsky, Scientific Director at Gaidar Institute for Economic Policy, said: “Our tax system is stable and time-tested, as it has not changed since the beginning of the 2000s. In all periods, the system proved resistant to various problems. A significant part of tax revenues is resource rent. This legal system provides a sufficient level of revenues for the current expenditure commitments. Also in 2009, Russia made a sharp breakthrough in the Doing Business ranking by the Taxation criterion, jumping up more than 100 ranks.”

Alexander Shokhin, President of the Russian Union of Industrialists and Entrepreneurs, said: “Of course, one should not relax and keep everything that has developed for many years regarding the tax system.”

The participants discussed the possibility of introducing progressive taxation in Russia. The experts also assessed the economic and fiscal implications of the recent tax maneuver in the oil and gas industry and considered the possibilities of making the Russian tax jurisdiction more appealing for wealthy citizens.

Dmitry Satin, Deputy Head of the Federal Tax Service, said: “When formulating the rules, we took the best global practices and tried to skip the lengthy development phases that many world economies went through. Few countries can afford to form such a system that we have. Now the tax system is tailored to each group of taxpayers.”

Ilya Trunin, Deputy Minister of Finance, noted: “For the last couple of years, we have been talking about some final adjustment of the tax system, but that did not imply any major reforms. Businesses relaxed a bit. When we discussed the tax maneuver, we aimed at a redistribution of the tax burden.”

At the end of the discussion, the experts agreed that the tax system in Russia has a solid base that ensures the stability of the tax burden.