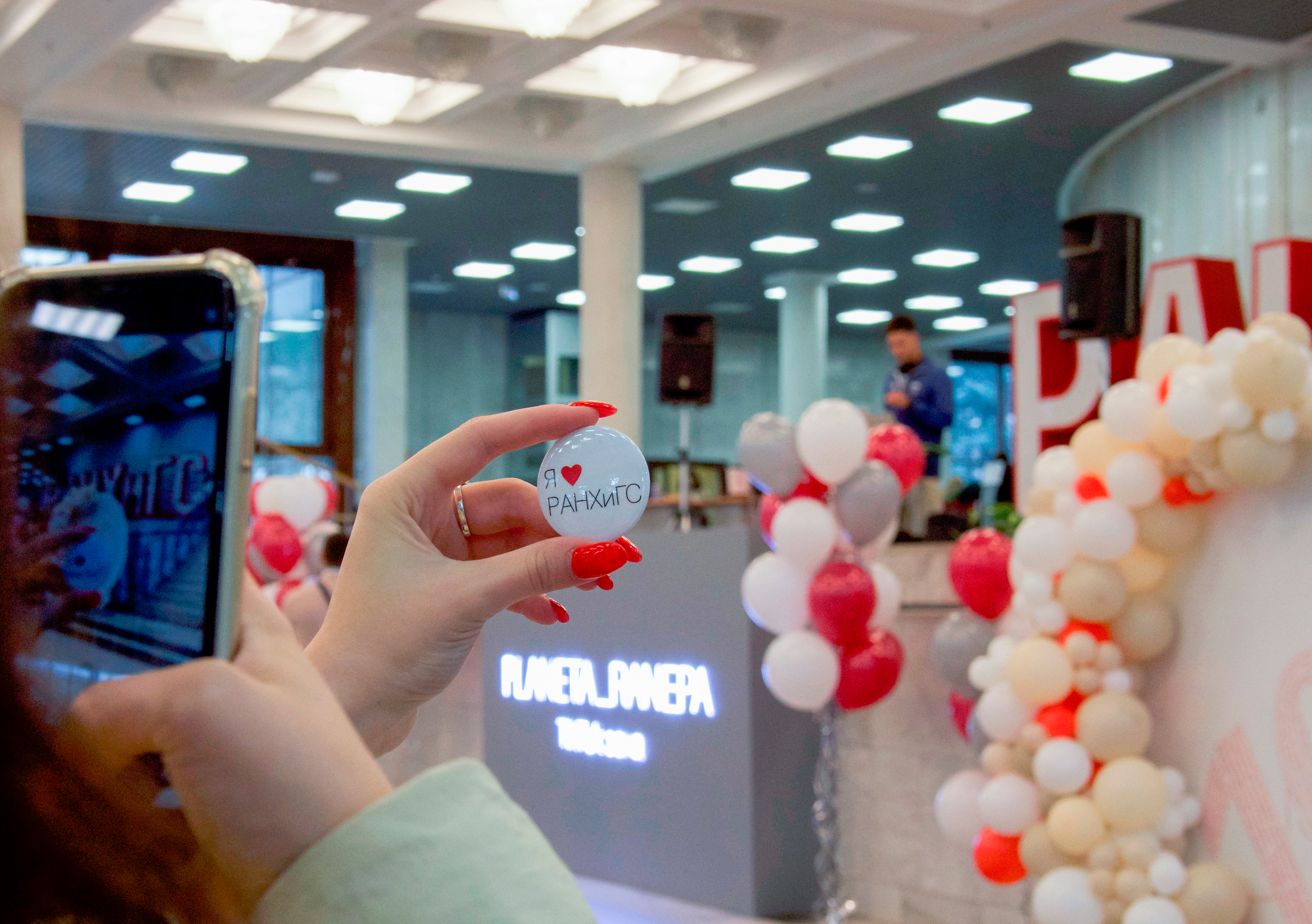 Everyone was invited to declare love for the Academy on a special 100 Reasons Why Wall. Students and teachers eagerly contributed to the mural, and so did Rector Vladimir Mau.

Students from all branches of the Academy participated in the 100 reasons I love RANEPA interactive flash mob and shared why they chose the Academy and why they love it.

A student concert included songs they wrote, stand-up shows and dances, and the RANEPA Dance Battle.

Elina, a blogger with a million followers who is a RANEPA student, wished all the best to the Academy and spoke about her experience of running a popular TikTok account.

A game of the Rector's Football Cup among freshmen took place at the stadium. The Institute of Finance and Sustainable Development (IFSD) team won the match.

Students conducted a number of quests, quizzes and workshops.

Members of the International Development Department spoke about the countries from which foreign students come to study at RANEPA at a regional geography quiz, Academy: The whole world on one campus.

The Paint Your Own Mask workshop brought together art lovers.

The student councils of RANEPA institutes organized quests where participants competed in logic, participated in a challenge to recognized famous graduates of the Academy and a forensic challenge ‘What happened?’ Freshmen have successfully completed a quest path arranged by the Institute of Management and Regional Development.

At the Fair of Ideas, IPACS freshmen presented their projects for extracurricular activities at the Academy, and ISS students presented their research of regional cities performed as part of a popular urban studies project.

The celebrations continued with an expert marathon. Workshops, lectures and webinars with leading experts from the Academy on a wide range of topics – from HR and marketing to digitalization of processes and cybersecurity – continued throughout the week.

The Festive Week ended with online lectures by IPACS professors Konstantin Krakovsky and Tatyana Ilarionova who immersed the audience in the Presidential Academy’s history: The Institute of Red Professorate (1921-1938): Pages of history and Fostering personnel for the nation: Leadership Academy, Academy of Social Sciences, Russian Governance Academy, Russian Academy of Public Administration.

So the Presidential Academy has entered its next century.