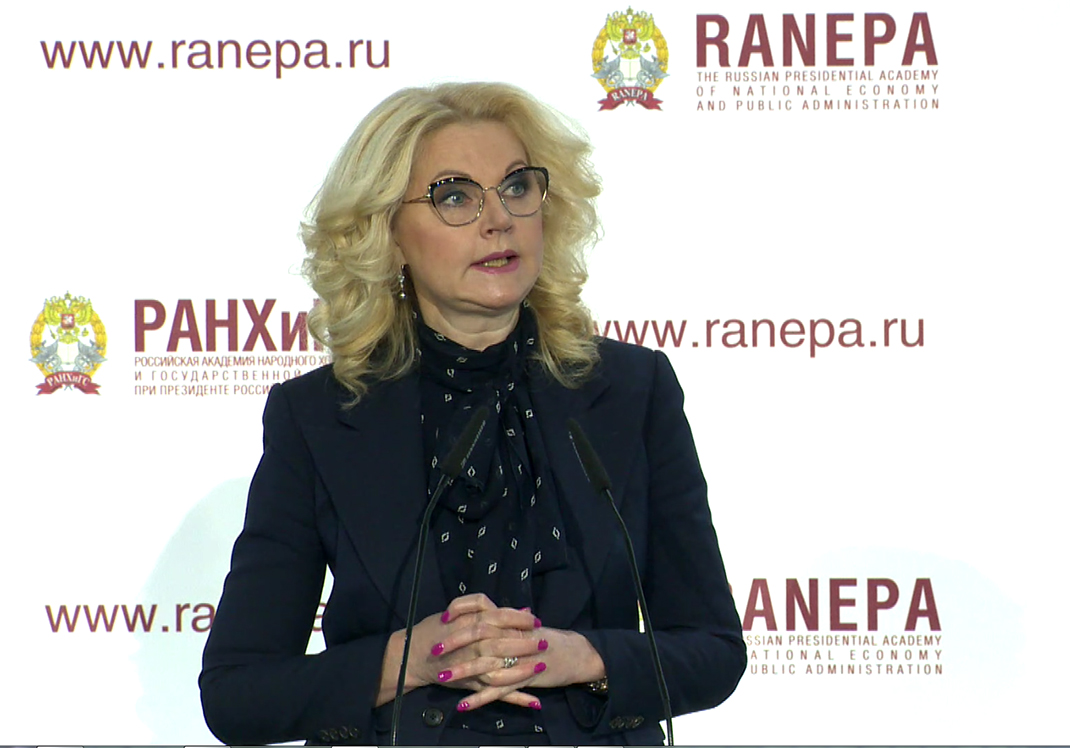 The social sector and the elements of its development and regulation are traditionally most important in National development goals set the forum topics, from this prospective, expert discussed current situation in the social sector. The social triad:  demography – employment – income became the subject of discussion. Oleg Fomichev, Director of Strategic Planning and Development, Renova Holding Rus LLC, appeared for discussion moderator.

Tatyana Golikova,Deputy Prime Minister of the Russian Federation, reported on current situation of the social sector.

Within the frames of the mentioned high-priority tasks, particular goals are se out for federal and regional governments, and namely the increase of aggregate birth rate of 1,7%, the decrease of mortality rate across working age population down to 350 cases per 100 thousand people, mortality rate due to circulatory diseases down to 450 cases, tumor-induced mortality down to 185 cases, and infant mortality rate down to 4,5 cases per thousand births.  A critical goal is also the increase in manufacturing productivity both in large enterprises and middle- and small-scale businesses.

Work strategy for the achieving of the goals depends directly on stable population growth maintenance: the increase in average life expectancy of citizens up to 75 years by 2014 and up to 80 years by 2030.

National programs implementation assumes necessity to decrease poverty level twofold. “The decrease poverty level and population’s income growth determines option of entering of the RF to the Top 5 of the leading world economies, assuring of economy development rate above worldwide average and non-exceedance of the inflation rate of 4%”, as Tatyana Golikova pointed out.

In the first 11 months of 2018, the birth rate decreased by 5,2% as against the same time period of 2017, and the mortality rate remained stable at the level of November-December of 2017.

When elaborating of the following actions,it is necessary to consider current rates as well as historical and local country particularity.

Many foreign countries bet on pronatalism which is not fully applicable for the Russian Federation reality taking into account its huge area and irregular population distribution. In Russia, the achieving of synergetic effect from pronatalism  and mortality rate decrease is reasonable.

Nowadays, the dealing with the able-bodied population transits from illness consequences combating to their prevention.

Improvement of working conditions and new employment forms development ae of high priority for the state. Due to demand in skilled professionals in labor market, a deficit is possible, which solution is to find in workforce migration (including inner).

Employed population mobility is an important factor for the regional economy development and creation of new enterprises. Is is especially urgent issue for the country, where about a half pf population lives 40 largest city agglomerations.

Employers have to be ready to provide condition for workforce migration incentives. The only concept is possible: employer have to give more first, than get.

Especial attention is given to dealing with preretirement age population. Within the frames of the national project “Demography”, measures for occupational retraining and complementary training of old age citizens are scheduled. On December 30, 2018, the Government of the Russian Federation adopted a program assuming the coverage of at least 47 thd people of preretirement age with such measures.

Labor market should be more flexible, more jobs with distant of remote work mode are necessary. It may boost employment rate of such population categories as mothers absent on child care leave.  Besides that, programs for occupational retraining of young mothers being on maternity leave are foreseen.

Resuming her report, Tatyana Golikova pointed out the importance of the issue and possibility for cooperation between all involved actors.

In continuation of the discussion, Tatiana Maleva, Director, Institute of Social Analysis and Forecasts, RANEPA, pointed out, the the success of the forthcoming five-years period  depends not only on quantitative values achievement, but also on creation in our country of mechanisms and institutions for solution of current and forthcoming problems.

As the expert assumes, the twofold poverty reduction is currently the most ambitious goal for the state.

However, it is necessary to puzzle out the poverty as a term. The rate is estimated currently considering the balance of income and subsistence minimum.

The scale of poverty in our country is determined not by its amount, but by its structure. The most vulnerable groups are children before the age of 16 years and seniors.

Families with children make up about 60% of poor population.

At first, it is necessary to improve poverty estimation methods and to determine “tender points”.

There is a certain contradiction between monetary and non-monetary methods foe combating poverty,

Families with children are accompanied by social institutions for obstetric aid, pre-school, school and complementary education.

The poverty rate is not sensitive for the category of citizens. There are institutions, but no means for the sector.

Regarding old age population, mainly monetary methods are applied. The sector of social services, healthcare and medical drugs provisions experience a severe shortage. In such condition, a special attention to the concept of targeting and actual need is to be payed.  Currently, only 7% of the whole amount of social assistance is made up by targeted programs. The most important task for the federal center government is to assist regions here by methodological and organizational way.

An integrated information platform unifying all available data bases is essential, which should start social sector digitalization. This step allows to cancel absolute aid and to transit to payments according to income deficit.

Population welfare will depend directly on economy growth and manufacturing productivity growth. 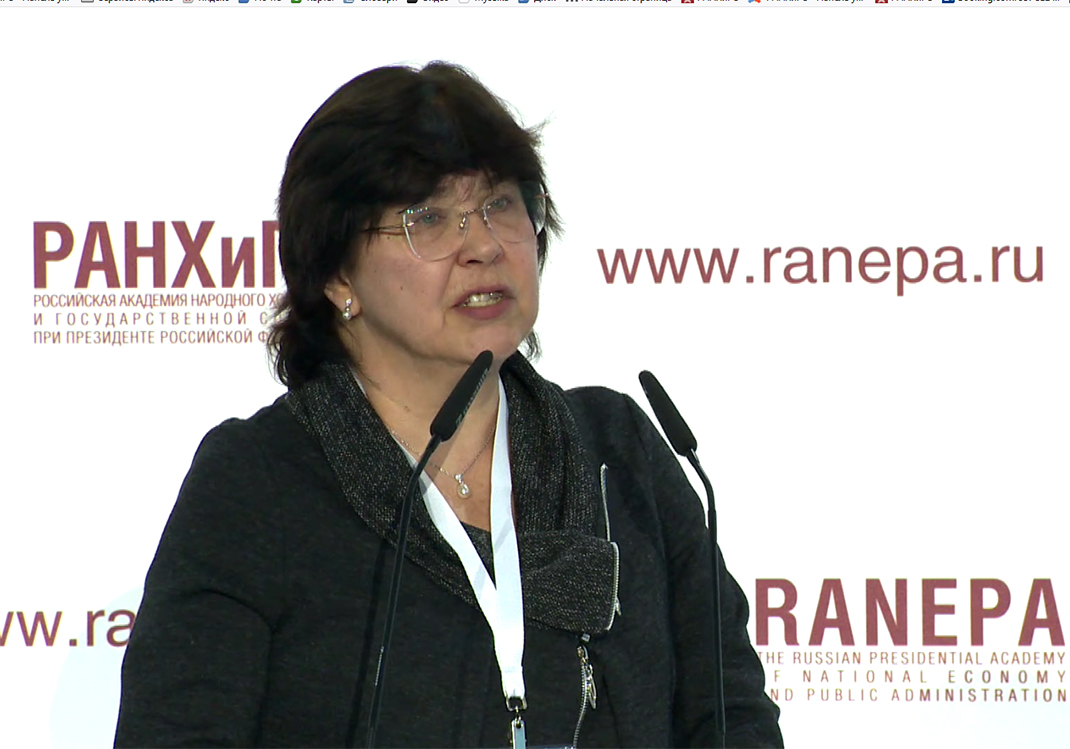 In conclusion, Tatiana Maleva emphasized, that triad success is only possible in the country with improving demographical situation, productive employment, and growing earnings.

Alexey Tsydenov, Head of Buryat Republic, continued with the issue of the triad interdependence and its influence to a regional economy. As the head of the region emphasized, the actual need criterion is to be applied, an individual approach concerning local specificity is necessary. An idea about how to understand the triad was articulated: when income influence demography or demography influences income.  As an instance, the following statistics was quoted. In 2011, a decision to grant apartments for families with 6 children and over was made. In 2011, 20 such families existed. In 7 years, their number reached 550. The speaker also mentioned, the improvement in life quality in rural area reflects on demography improvement way more, than life quality improvement  in urban area.

Maxim Reshetnikov, Governor of Perm Territory, advocated idea of the triad complexity. The governor tried to attract attention to the problem of the retention of labor force in regions and improving of manufacturing productivity. Adopted project for manufacturing productivity improving embraces the industrial sector only. There is also such important sector as public services. The sector involves more population. There is considerable rate of fruitless payment rates which are at the level of the Statutory Minimum Wage Index. 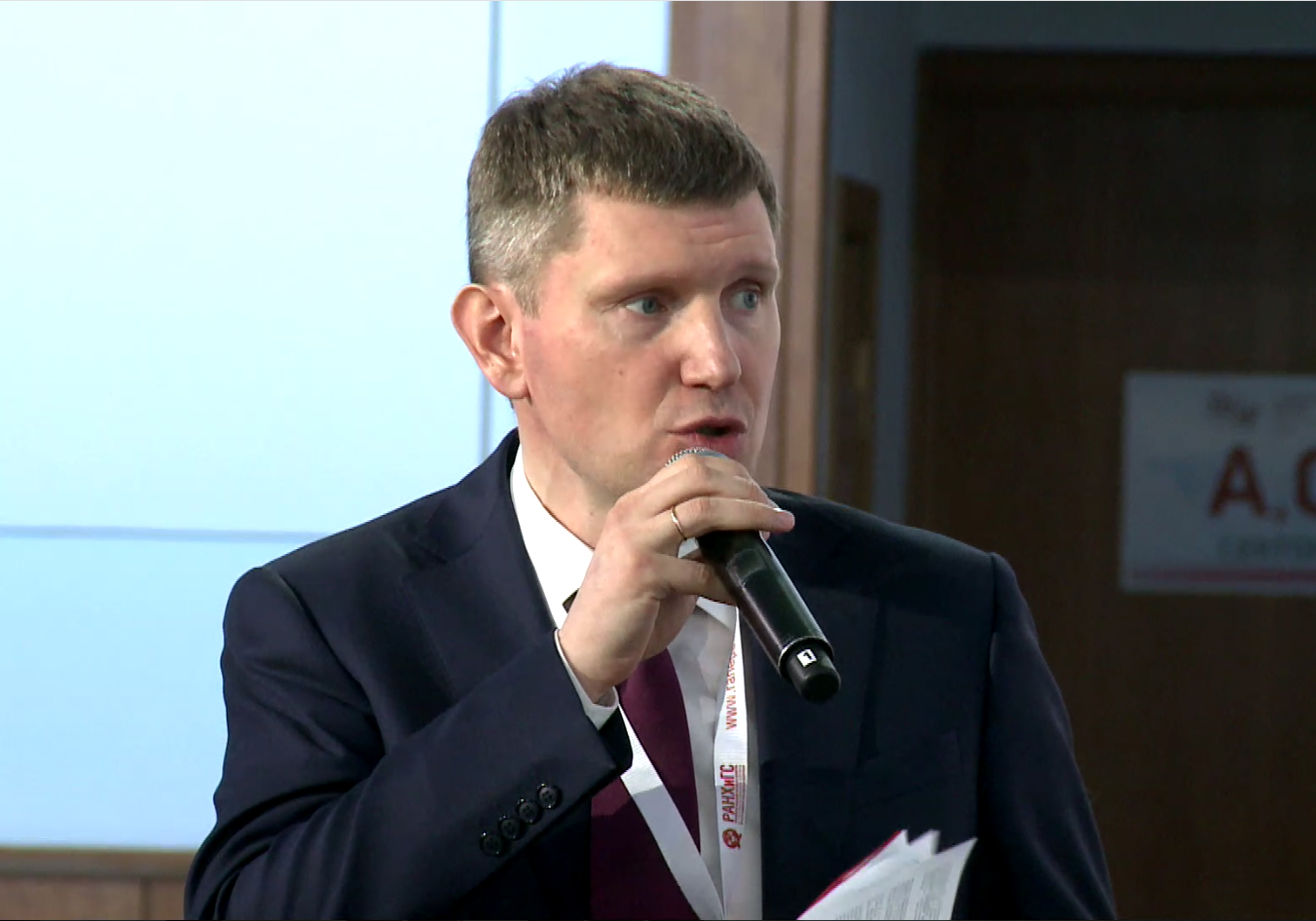 Improving of manufacturing productivity requires more efforts for lifelong learning build-up and creation of in incentives for labor migration. There is an urgent issue of substandard housing in Perm Territory. New housing building is essential in areas with available job opportunities.

Maxim Topilin, Minister of Labor and Social Protection of the Russian Federation, summarized the discussion. Now, the population income deficit amounts 800 billion rubles, he said. Foe reducing of the value, a complex of measures embracing not only the triad sectors, but all society spheres is necessary. For instance, building of new roads, creation of new jobs.

In order to combat poverty, one has to work for its determining.

Birth rate increase could be motivated by payments, but hereafter, the issue of education and employment arise, which is important also for parents’ birth planing.

Besides that, for natural change regulation, the mortality rate reduction is indispensable.  The programs for health promotion in at manufacturing site contribute toward.

For manufacturing productivity improving, the programs for lifelong education is essential, as well as dealing with preretirement age population for occupational retraining concerning present-day developments and current challenges of time.

All speakers emphasized necessity for comprehensive efforts to this effect and the importance of cooperation of regional and federal governments for implementation of the program.