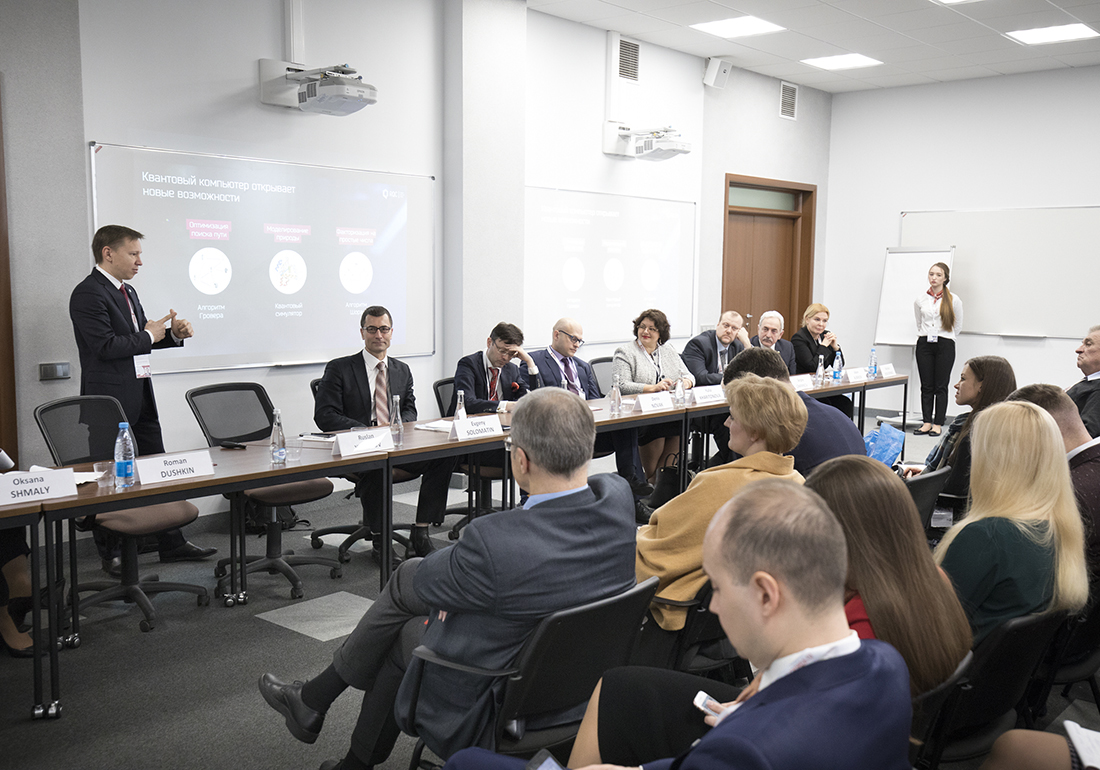 The discussion was moderated by Pavel Golosov, dean of the Faculty of Information Technology and Data Analysis, RANEPA, and Oksana Shmaliy, Head of the Department of Administrative and Information Law of the Institute of Law and National Security, RANEPA.

Iliya Dimitrov, Ombudsman for the development of the digital economy, expressed the following opinion: “For the first time in the history of mankind, the economy is becoming personalized and predictive, and the most important factor is the forecast, the forecast in management.”

The general director of the Russian Quantum Center, Ruslan Yunusov, emphasized his opinion of the fact that the future of information is quantum technology, and described how it will affect digital life. The expert expressed his point of view that companies currently have more information than the state, explaining that: “Who owns the information affects the course of events”. Ruslan Yunusov spoke in detail about the laws of the quantum world and answered why quantum computers are needed.

Roman Dushkin, Deputy General Director of Voicelink LLC, discussed with the audience the topic of artificial intellectual systems as subjects of law and the issue of ensuring the physical security of smart systems.

“People do not invent laws, these are a number of postulates that work without people working,” said Denis Novak, Deputy Minister of Justice of the Russian Federation.
In continuation of the topic, the expert spoke about the principle of technological neutrality, which the legislator must strictly observe; how the law should respond to new phenomena of reality, such as digitalization.

The Deputy Minister concluded his speech as follows: “Until we set up the judicial system in a way allowing to resolve all issues through law enforcement, we will always have to catch up and push things through direct instructions in the law.” He substantiated his position by the fact that it is necessary to develop the judicial system, train judges, and to a greater extent make them adopt flexible thinking, develop the functions of the law-maker, when by means of interpretation it is necessary to establish the necessary solution. If this does not happen, the legislator has to suggest the necessary decisions.

Evgeny Solomatin, Director for Development, Minnova LLC, gave detailed account of what text analytics is for lawyers, described Legaltech, a system for providing automated legal services, and a number of promising areas in this business.

Sergei Channov, Head of the Department of Service and Employment Law of the Povolzhsky Institute of Management named after P.A.  Stolypin, a branch of the RANEPA, briefly voiced his opinion on the legal risk of digitalization, and stressed that it is already necessary to form the law, principle, or mechanism to protect an individual from the effects of computer processing of information.

Natalia Vovchenko, Provost for Research and Innovations of Rostov State Economic University, briefly focused on the problems that arise in the regions in the field of digital technologies and spoke about the key trends in the field of information and communication technologies.

At the end of the discussion, the experts answered questions from the audience.