HomeNewsNews The international conference “June 22, 1941. USSR Economy and Society on the Eve of the War” ended at RANEPA

The international conference “June 22, 1941. USSR Economy and Society on the Eve of the War” ended at RANEPA 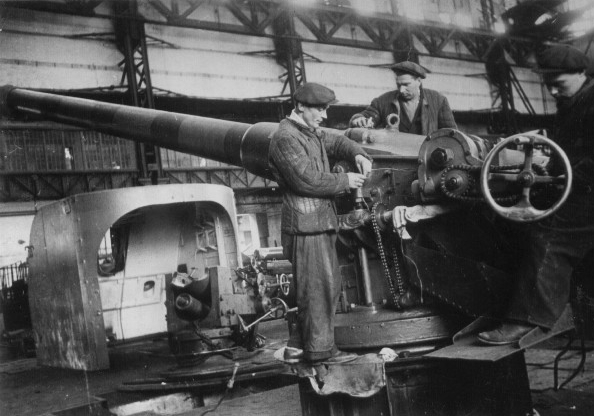 Various aspects of the state of Soviet industry, transport, mining industries, specific features of personnel policy and social climate before the Great Patriotic War were discussed by the participants of the International Conference “June 22, 1941. USSR Economy and Society on the Eve of the War”, held on July 2, 2021 on the Prechistenka campus of the Presidential Academy.

Grigory Popov, a senior researcher at the Center for the Study of Military Economy at the ISS RANEPA, devoted his report to the potential of the Western Special Military District in June 1941 as an example of the state of the Soviet Armed Forces at the beginning of the Great Patriotic War.

The relevance of this problem is due to the fact that there is still a discussion about the circumstances that led to the defeats of the Red Army in the summer campaign of 1941. One of the main reasons is said to be the repressions of the Red Army commanders in the late 1930s. The speaker noted that repressions were no less harmful for the military industrial complex, for military science, and not only for them. “They did not just hit the command staff directly,” he said. The documents show that the state of materiel of the Baltic and Western Special Military Districts at the beginning of World War II was also extremely unsatisfactory.

Andrey Ryabkov, researcher at the Center for the History of Military Economy of the Russian Presidential Academy of National Economy and Public Administration, based his presentation on “Plots of Micro History”. The heroes of his research were people whose labor in the prewar period created the tank power of the Soviet state – the very 20 thousand tanks that faced the German invasion. These are the legendary Soviet engineers of armored vehicles P. Н. Syachintov, S. A. Ginzburg, N. V. Barykov.

Pavel Nikolayevich Syachintov (1891 - 1937) trained as a technical designer in pre-revolutionary times, but he did not receive a diploma of engineer, as he graduated from the Crown Prince Nikolai Artisan School. “By virtue of his natural giftedness he was able to 'make his way' on his own, to realize himself in various technical fields both before and after 1917. He became an artillery and tank designer by chance. By the end of his life he had a high social status (holder of orders, owner of a private car). He was shot on charges of counter-revolutionary activities,” the expert noted.

He reminded that preparation of tank production in our country started long before the Great Patriotic War. The pioneer of serial tank building was the Leningrad Obukhov Plant, also known as the Bolshevik Plant.

The report “Preparation for Blitzkrieg: Strategic Alternatives to Nazi Germany 1940 – 1941” presented by Professor of Columbia University Adam Toews in an online format stirred lively discussion of experts. The role of collectivization in food supply on the eve of the Great Patriotic War was analyzed by Elena Agafonova, assistant professor of “Accounting, Analysis and Audit” department of Nizhny Novgorod State University of Engineering and Economics.

The conference was also attended by the head of the scientific and methodological department of the Victory Museum, Stanislav Davydov, a senior researcher of the Center for the History of Military Economy at the ISS RANEPA Andrey Balysh and others.

The Great Patriotic War, the 80th anniversary of which is celebrated this year, remains one of the most significant phenomena in the history of our country. The year 1941 was a test of the political and administrative system established after 1917 as well as the industrial system created during the accelerated industrialization of the 1930s. The conference aims to initiate a discussion of the state of the country in the face of hardship, assessing the extent to which pre-war plans were implemented both quantitatively and qualitatively in the interdisciplinary field of economic and social history.