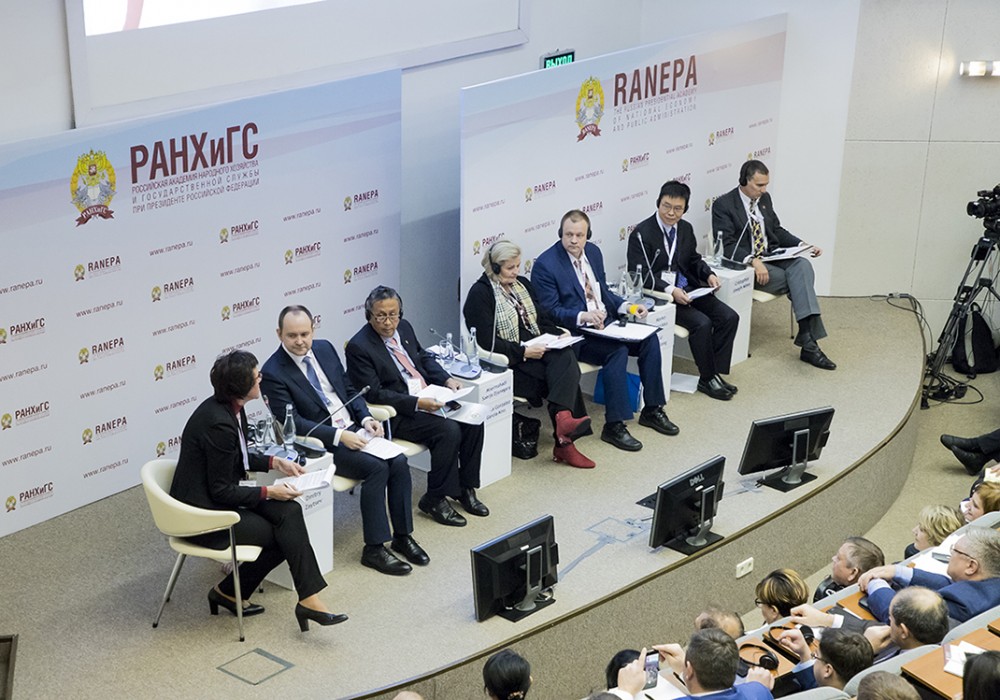 As part of the anniversary Gaidar Forum, an international meeting of representatives of the Audit Chambers was held, during which experts addressed the topic “Strategic audit: how do the highest audit bodies assess the achievement of national goals?”

The achievement of national goals is an important task for the state. Its effective implementation requires a new integrated approach to state audit. One should not only focus on identifying the committed violations but, above all, on assisting the government in overcoming the problems arising in the process of national goals achievement.

During the international meeting, representatives of the Audit Chambers discussed how the supreme audit institutions and their functions should be transformed to meet today’s challenges and objectives, keep the relevance and increase their value to the society and to the authorities? Panelists also shared their views on what one needs to do to make the public authorities consider the supreme audit institutions as partners that contribute to the achievement of national goals providing advice and recommendations based on independent, institutional position, powers, and accumulated experience. The meeting was moderated by a special correspondent for Bloomberg, Evgenia Pismennaya.

The auditor of the Audit Chamber of the Russian Federation, Dmitry Zaitsev, spoke about the changes in the audit bodies, explaining that performance audit is now playing an important role, although so far not all of the audit chambers and audit bodies have begun to use it consistently. The speaker explained that the transition is necessary since “performance audit is an assessment of the immediate results of the government’s actions”.

Moermahadi Soerja Djanegara, Chairman of the Audit Board of Indonesia, shared his experience in public institutions auditing in Indonesia. Mr. Djanegara stressed that his board is working hard to build trust between the state and the private sector, as well as striving to ensure sustainable growth. “Our task as an audit chamber is to ensure the transparent and stable operation of the maximum number of branches of the economy of our state,” said the chairman of the Audit Board of Indonesia.

Marco Mannikko, Deputy Auditor General of the National Audit Office of Finland, explained that the task for members of the National Audit Office is only set by the board of directors, and the results can be freely published, and various media are regularly involved in such publications. Marco Mannikko noted that “the media is an important tool of public attention to our recommendations.” The expert also added that upon expiration of the government’s authorities, the parliament’s policy is being evaluated and recommendations are drawn up for the next government cycle.

According to the Managing Director for Strategic Issues at the U.S. Government Accountability Office, J. Christopher Mihm, “speaking about strategic auditing, the most important thing is to think about everything that matters, everything important that the government should achieve.”

Director of the Department of Education, Science, Culture and Health Audit of the National Audit Office of the People’s Republic of China Cui Zhenlong and Chief of Staff of the General Secretariat of the International Organization of Supreme Audit Institutions (INTOSAI), Director of the International Department of the Accounts Chamber of the Republic of Austria Monica Gonzalez Garcia-Koss, also took part in discussion of the topic.