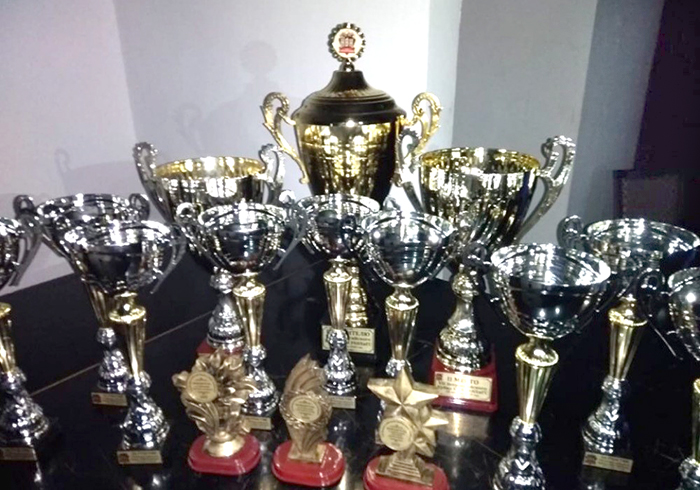 15 November, RANEPA South-Russian Institute of Management hosted the grand finale of the RANEPA all-Russian Cup of KVN, in which 6 best teams from all over the country took part.

Following the results of semifinal, held on 13 November, only 6 out of 12 teams could compete for the championship: “OkoloMoskva”, “RANEPA Kaluga branch team”, “Prezidentskaya Akademia”, “Spasibo, Eva”, “RANEPA Team”, and “Mysly Vsluh”.

The finals started traditionally with KVN “Fried eggs”, which was attended by all KVN teams that failed to get to the final game. Each team represented a separate branch of the Presidential Academy. Then 6 finalists fought in contests named “Full format”, which consisted of: Greetings, Musical Biathlon, and Musical Homework, as the final contest.