The role of sport in the world and in Russia (VIDEO) 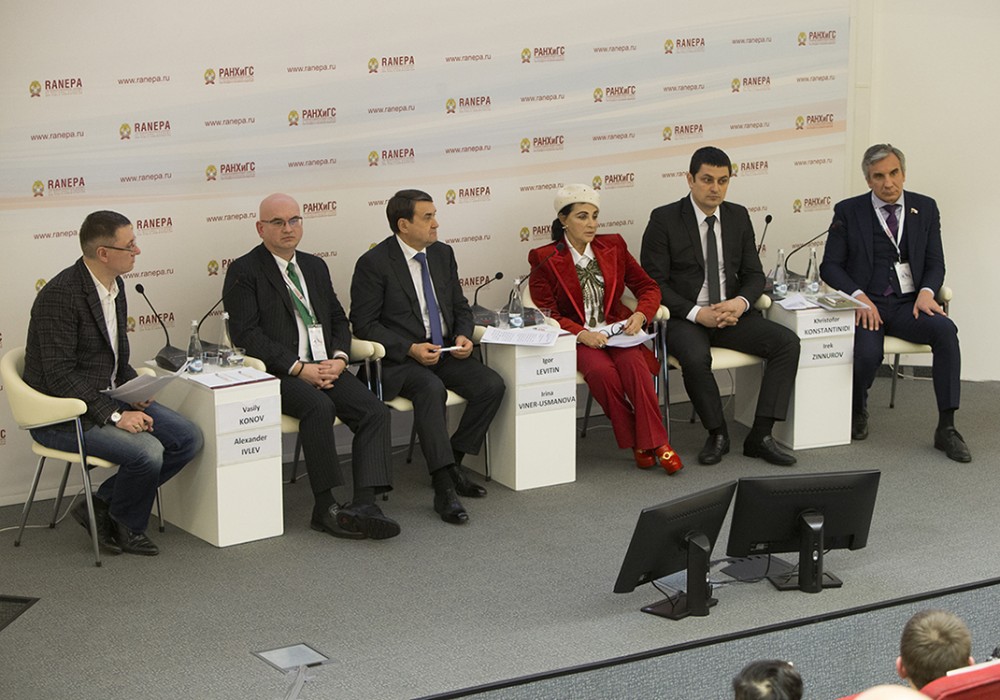 On January 15, within the framework of the X Gaidar Forum-2019, government officials, Olympic champions, and representatives of the Russian Anti-Doping Agency met for an expert discussion “Sport in the system of modern international relations: rapprochement or pressure?”. The section moderator Vasily Konov, executive director of the Russia Today International News Agency, touched upon a number of important issues for discussion, among them major sporting events and their influence on international relations, sport as a tool for developing the social sphere, and doping issues.

The discussion experts commented on the issues raised in order to come to a common opinion whether modern sport is an instrument of political struggle in international relations.

Igor Levitin, Deputy Chairman of the Presidential Council for the Development of Physical Culture and Sports, noted that a sports and healthy lifestyle is important for a strong nation, a developing economy, and powerful defense capability. The expert also stressed that strict state control over sports is exercised in Russia through the adoption of appropriate regulatory acts, the implementation of sports support and development programs, and increased funding.

The president of the All-Russian Rhythmic Gymnastics Federation, Irina Viner-Usmanova, strongly recommended the developers to stop building residential houses without considering the location of sports fields and complexes. In addition, the discussion expert noted the need for physical education in kindergartens and schools, taking into account local and regional conditions, as well as the interests of students

The section moderator Vasily Konov asked Maria Kiseleva, three-time Olympic champion in synchronized swimming and TV presenter, about choosing a life path after completing a sports career. The expert reported that the Russian labor market has a new trend: former athletes are increasingly in demand. She also emphasized the need for self-determination of the development vector after a sports career.

Alexander Ivlev, Chairman of the Supervisory Board of the Russian Anti-Doping Agency, drew attention to the fact that the doping scandal had broken out around  Russian athletes, although all sorts of supplements are being taken by professionals from all countries. In his opinion, it is important for the West to strike at the image of the Russian Federation.

At the end of the discussion, the experts came to the general conclusion that the role of sports ties has increased significantly in modern international relations. This is due to the increasing number of international sports competitions and the interest of political forces in their information and social potential. The importance of developing exports of sports services from Russia was emphasized. The discussion participants agreed that international sports events have pronounced political characteristics, so the host country can significantly improve the image of their country, as was the case at the 2014 Winter Olympics in Sochi and the 2018 World Cup.