HomeNewsNews Three scenarios for Eurasia by 2050

Three scenarios for Eurasia by 2050 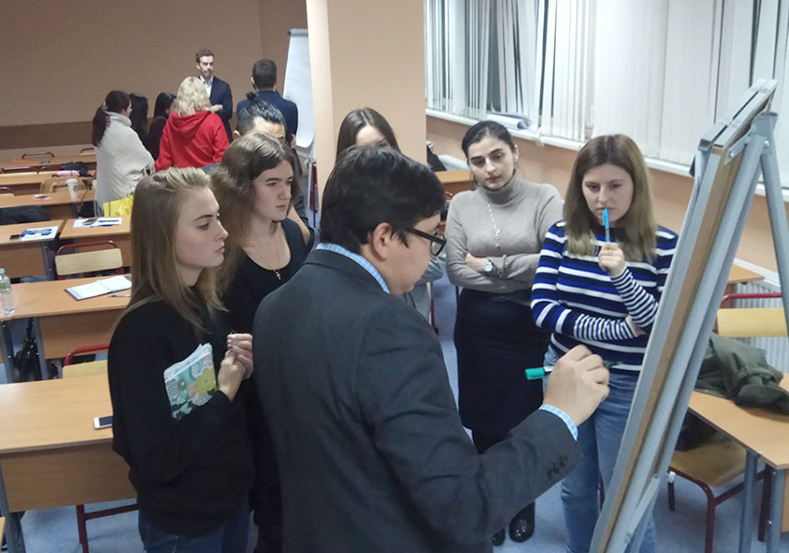 The Presidential Academy has hosted the first stage of the Eurasia 2050 Foresight project organized by the International Relations Department of RANEPA Institute of Business Studies (IBS); undergraduate and graduate students took part in an expert discussion of the development of Asia's largest economies.

The participants discussed the development of Japan with Dean of RANEPA IBS International Relations Department Irina Timonina. Vladimir Isayev, lecturer at RANEPA IBS International Relations Department, a leading orientalist, expert in Arab studies, economist, and a specialist in Arab economics, spoke about the situation and prospects for the development of the League of Arab States and their neighbors.

The Eurasia 2050 Foresight conference included a Strategy Session with leading orientalists on the situation and trends in the Southeast Asia development. The discussion was attended by an independent expert, a former employee of the Ministry of Economic Development Dmitry Ontoyev; an expert at the Center for Strategic Research, Anton Tsvetov; a leading sinologist, RANEPA IBS lecturer Raisa Yepikhina; Kommersant correspondent Mikhail Korostikov; information officer at the Economics Ministry’s Department of Multilateral Economic Cooperation and Special Projects Pavel Kalmychek; and HSE expert Vasily Kashin.

After outlining these scenarios, several groups of students with their expert moderators proposed strategies for Russia’s interaction with the countries of Southeast Asia. They also discussed the options for their professional trajectories under each of the scenarios. The Strategy Session was followed by a discussion of China’s development with Raisa Yepikhina. Indologist Anna Pasyutina moderated a discussion of the current situation in India.

Director of the RANEPA IBS Master's Degree Program, International Relations and Integration Processes in Eurasia, and one of the Foresight conference organizers Andrei Korshunov commented on the event: “We completed the first expert stage in September, where we discussed the development of Asia’s major economies. The next stage is a discussion of Europe and Russia’s relations with the European Union on October 9.”

A discussion of the US influence on Eurasia’s development is scheduled for October 12, Korshunov added.