HomeNewsNews Vladimir Mau: How to heal the economy

Vladimir Mau: How to heal the economy 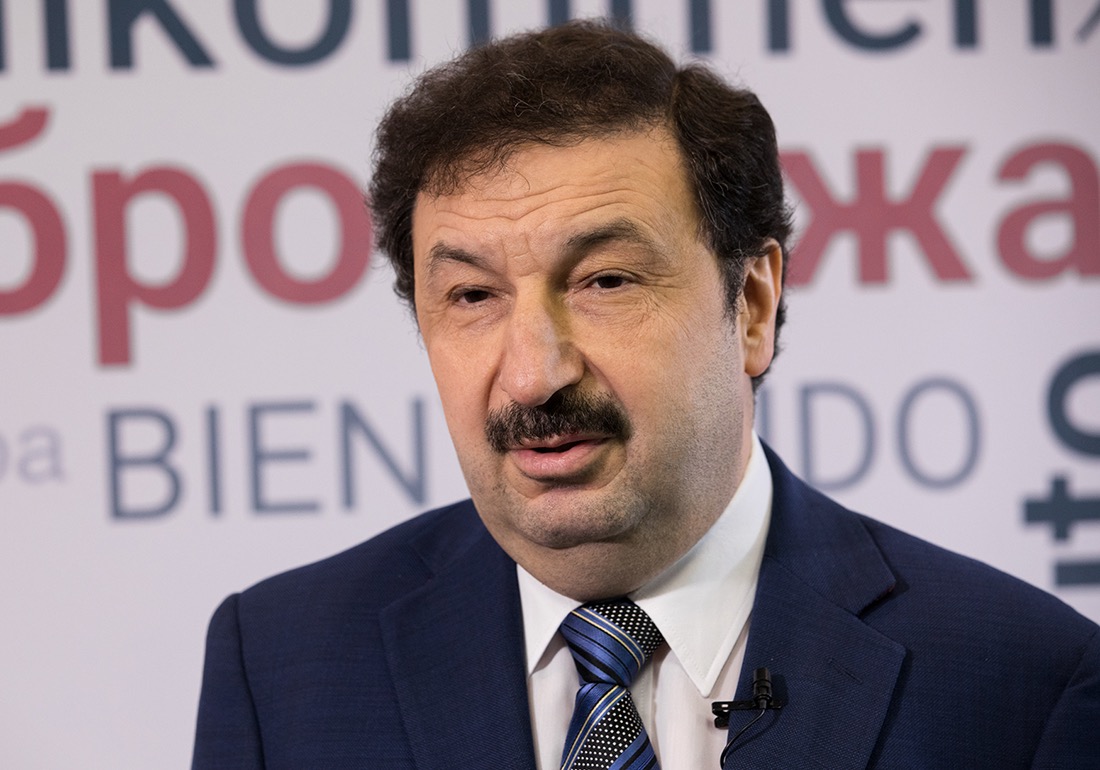 Russia is recovering from the effects of the coronavirus. Rector of the Presidential Academy Vladimir Mau spoke with RG during the Gaidar Forum about the losses we have managed to avoid.

- Dr. Mau, how does our economy feel? Has it recovered from covid yet?

- Russia’s GDP exceeded the pre-pandemic level even in the second quarter of 2021. This crisis is unique because it was caused by non-economic reasons and, in this sense, it is more like a military conflict: the coronavirus has disrupted economic ties, and global supply chains began to collapse. It is a supply crisis. Russia has been able to get through this difficult period with far smaller losses than many countries, and now we have built a solid basis for further growth – our macroeconomics are sufficiently balanced; we have not used up our reserves; we have controlled the budget deficit quickly enough; and the public debt, although it has slightly grown, remains unprecedentedly low compared to other developed economies. Besides, it is almost entirely a domestic currency debt, meaning there are no foreign exchange risks. Russia’s GDP shrank 2.7%, while 4.6% of GDP was directed to anti-pandemic measures. At the same time, other countries have slid into a much deeper recession, having to channel 10% or more of GDP to respond to the virus (even more than 30% in some countries).

- What helped us achieve such good results?

- The Russian government’s effective and responsible policy. Among other things, they have learned some lessons from the recent past and pursued a very careful, non-populist anti-crisis policy. The government provided targeted social support, primarily to families with children, and tried hard to control unemployment. With a sharp decline in supply, this helped avoid an excess money supply, which could have created an inflationary bubble.

One objective factor had to do with small businesses – that segment was hardest hit in all countries. In Russia though, their share in the economy has always been small.

- Which of the economic lessons of 2020 and 2021 would you include in textbooks on economic theory?

- I would rather add this to textbooks on economic history. Our economists have learned the lessons of the past crises – the Soviet Union’s ‘oil needle’ in the 1970s and 1980s, the surging inflation in the 1990s, the Great Depression in the 1930s, the deflationary crisis and the great stagflation of the 1970s.

As a result, our economic performance during the pandemic looks very good so far.

One story of academic interest is unfolding right now. Participants at the forum have discussed whether it is possible to curb global inflation with national regulatory instruments. The world is struggling with global inflation. We know how to deal with price hikes caused by the actions of national governments. Now the situation is reversed – a significant part of the inflation we are dealing with has been imported. Central Bank Governor Elvira Nabiullina said it was achievable, and that the national monetary policy plays a very important role here. It will be an interesting experience.

Another important process is the formation of a common market within the Eurasian economic space. We can see global regulation mechanisms stalling and countries drifting towards regional free trade zones now.

- At first, unemployment spiked, but now companies are short of staff. How would you explain these leaps and swings?

- When the economy grows and suffers a shortage of workforce, it is a normal situation. We have seen high unemployment, but not record unemployment – it was much worse a couple of decades ago. Therefore, what we are seeing now is a regular economic cycle, albeit with an added structural transformation. In 2008-2009, countries “bought time” with their reserves (the mild version in Russia) or by increasing state borrowing (in most developed countries). Now the structural transformation is unfolding, and this process also requires more workforce. Moreover, along with the shortage of low-skilled labor everyone is complaining about Russia is short of highly qualified professionals. The labor market is clearly overheated, with skyrocketing wages in the IT a good example of this. But economic theory knows well how to regulate such things over time – more people choose well-paying professions, the labor market supply begins to exceed demand, and as a result, compensations become more balanced. Low-skilled labor is gradually being automated. It is a normal process of structural adaptation to new challenges.

- Does the carbon neutrality and climate agenda open up an opportunity or pose a danger for Russia?

- I believe our government is effective enough to be able to prevent an opportunity from becoming a stranglehold, and to avoid serious dangers. In any case, only future economic historians will know the right answer to this question. The Stone Age did not actually end because stones had run out. New carbon-neutral technologies are being developed. The use of oil and gas will not stop altogether, but over time, their role as fuels may decrease, while their role as raw materials (for the chemical industry, for example) may increase. Let's also bear in mind the bizarre dialectic of using alternative energy sources. They become efficient when hydrocarbon prices are high. When they fall, alternative energy becomes uncompetitive, and requires more government subsidies, because it is generally more expensive at this stage. Meanwhile, the budgets of most developed countries are overburdened with debt, and they will apparently have to spend more to service that debt in the near future.

It will take a deeper technological transformation to make alternative energy self-sufficient. And then there are shale oil and gas reserves. Their advantage is that they are cheaper and do not require investing in field development for several years before that investment pays off many years later. With shale fuels, capital investment is closer to operating expenses: production can be started promptly and halted just as quickly, resumed when oil prices rise and shut down when they fall. In any case, it is a trend, and the goal of achieving carbon neutrality by 2060 or earlier, set by the President, is correct and quite realistic. However, we are in for a volatile period, with unpredictable sharp turns of a technological, economic and social nature. Let's see what happens ten years from now. Technologies can change unpredictably over that time – and all our stories and decisions will look completely different then.