HomeNewsNews Vladimir Mau on the challenges and prospects of economic development in the new reality: “The time calls for pinpoint decisions.”

Vladimir Mau on the challenges and prospects of economic development in the new reality: “The time calls for pinpoint decisions.” 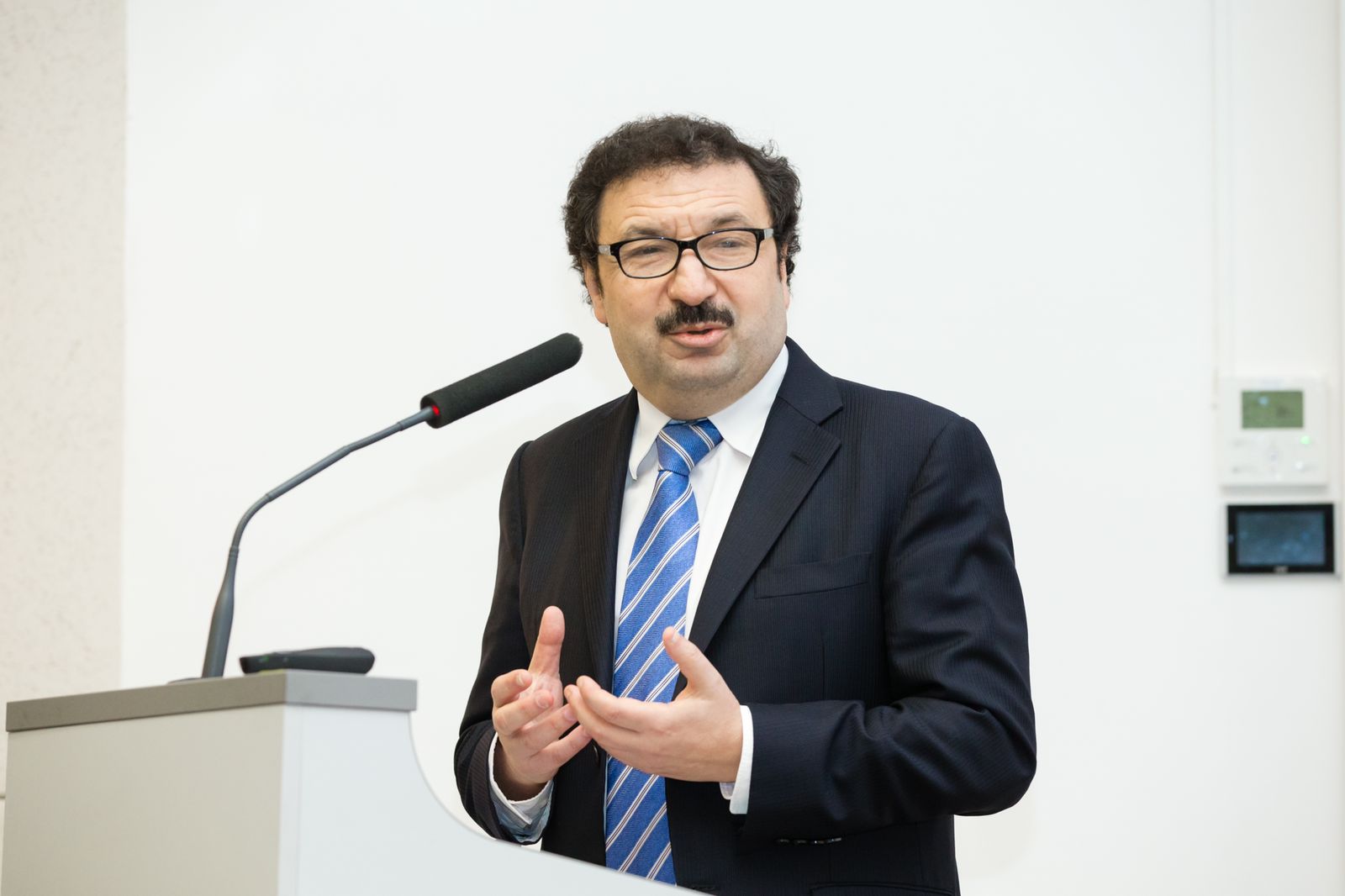 Vladimir Mau, Rector of the Presidential Academy, attended the international scientific conference “The Economy of Russia and Armenia in the New Reality: Challenges and Prospects.” The conference was held at the Russian-Armenian University (RAU) in Yerevan. Economists discussed the key challenges of macroeconomic policy pursued in Russia and Armenia, as well as the possibilities and prospects for its improvement in the new reality. The conference was organized by RAU, RANEPA, RAS Institute of Economics, RAS Institute of Economic Forecasting, and RAS Department of Social Sciences.

According to Vladimir Mau, this is one of the first conferences in the new geopolitical and economic context, that forms the basis for future economic discussions.

“A famous economist said that a crisis is a bad time for the people, but a great time for economists, when the demand for their skills is especially high. In recent decades, there have often been periods of high demand for economists. Today, we are facing extreme challenges that will definitely find their way into future textbooks on economic history,” Vladimir Mau noted in his welcome address to the conference participants.

“Now seems to be the time for pinpoint solutions, whether standard or custom-made. These do not have to be exotic and do not have to repeat the mantras of the last ten to twenty years,” Vladimir Mau emphasized. “I am sure there will be demand for solutions which are based on serious economic theory and on the past experiences, but do not repeat them in any way: while such experiences are important and make for an interesting study subject, they can never be reapplied in full. This is very important, because new circumstances always bring along new features and traits.”

Rector of the Presidential Academy added that the situation today depends greatly on expert economists: the situation requires confidence, high qualifications and a responsible approach to preparing recommendations which will form the grounds for building the country’s economic policy.

Professor Armen Darbinyan, Rector of the Russian-Armenian University (RAU), former Prime Minister of the Republic of Armenia expressed gratitude for the active cooperation between the Presidential Academy and its academic institutions and the RAU. As the expert stated, “Armenia and Russia are strategic allies. The post-pandemic world, the current geopolitical challenges and the need to build a new world order based on freedom of choice and fair distribution of resources — all of this dictates the need to rethink the strategic interaction priorities, including economic ones. Our conference in Yerevan with the participation of leading Russian scientists is an excellent opportunity to “get in sync” and set guidelines for the future.”

In his speech titled “Geopolitics and the Economy: Relationship and Mutual Influence in Modern Conditions,” the head of the Russian-Armenian University also noted two major challenges of the Russian economy today: the issue of substitution — how and where the energy resource flows will be reoriented, and technological transformation.

Alexander Shirov, Director of the Institute of Economic Forecasting of the Russian Academy of Sciences, Edward Sandoyan, and Alexander Auzan spoke on the new macroeconomic conditions, financial institutions in Russia and Armenia, and the impact of the coronavirus crisis on the institutional shift. Professor Sergey Kalendzhyan, Merited Economist of the Russian Federation, Dean of the RANEPA Graduate School of Corporate Management (GSCM), presented a joint MBA problem between GSCM and RAU.

One of the main conclusions of the conference was formulated by RAU Rector Professor Armen Darbinyan, who noted: “The greatest challenge we face today is the understanding that the world is not really global, the world is a community of local worlds. This is the first revelation that we, as economists, political scientists, economic and political analysts, must come to as a result of the events that took place in the world in the 20s and beyond.”