HomeNewsNews Vladimir Mau: The Russian Government had to pass between Scylla and Charybdis. I’d say they did it

Vladimir Mau: The Russian Government had to pass between Scylla and Charybdis. I’d say they did it 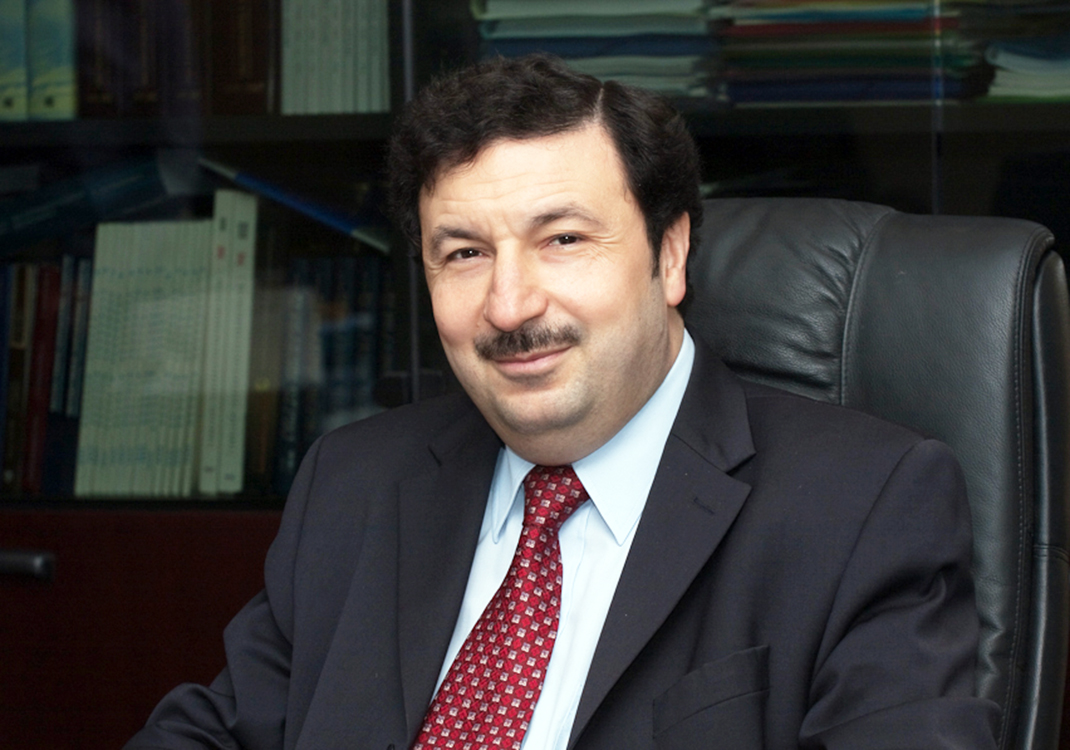 The RANEPA rector gave an interview to the weekly Argumenty i Fakty, in which he spoke about the Russian government’s policies during the coronavirus pandemic, explained some processes unfolding in the global and Russian economies, and answered questions about the ongoing technological change that also affects the public administration sphere.

Between Scylla and Charybdis

Alexey Makurin, AiF: Russia’s 2020 results show that the coronavirus has not hit Russia as strongly as most of the leading economies. Was that luck? Or has our government been more effective than others?

Vladimir Mau: Most certainly, that was primarily the result of the responsible policy pursued by the Government and the Central Bank. With their rich experience of anti-crisis regulation from the last two decades, they have been able to optimally combine support for the economy and a conservative budget policy. In other words, state support to people and businesses never crossed the line into populism, something Vladimir Putin continues to warn us against.

The impact of the crisis was also softened by Russia’s specifics. For example, Russia had a relatively small proportion of small and medium-sized businesses, and those were worst affected by the pandemic, while large enterprises experienced a less severe shock. This mitigated the problems caused by shrinking production and employment.

The correlation between government spending and its effects was no less important. Many countries spent 20-30% of their GDP on anti-crisis measures, while their economies shrank by 7-10% (see infographics). Russia spent 4.6% of GDP with just a 3.1% decrease in gross domestic product, and at the same time avoided a dramatic surge of unemployment.

Alexey Makurin: Still, maybe the government should have given people a little more money?

Vladimir Mau: Indeed, there were calls to distribute helicopter money. The callers cited the negative experience from the Great Depression in the 1930s, when that policy was not used, and the positive experience from the Great Recession of 2008-2009. Yet, that experience was ill suited to effectively tackle the problems that arose in 2020. What we faced was not a demand crisis, but a supply crisis. The world reacted to the blow of the pandemic as if it were a war: shops, restaurants and offices closed, and freedom of movement and trade was restricted. In such situations, injecting money into the economy is dangerous because it is unlikely to generate growth in production and supply, which is physically limited. Monetary stimulation during a supply crisis can lead to inflation, and then to stagflation – a combination of rapid price hikes with depressive processes in the economy. We might as well cite that experience, too – this happened during the 1970s crisis.

Moreover, Russia stood a higher chance of sliding into this scenario than, say, the United States or the UK. Those countries have low inflation expectations; they have been threatened by deflation rather than stagflation over the last decades. When a country like Russia injects money into the economy, inflation accelerates faster than in economies with a long history of price stability. We have witnessed just that in recent months, even with the extremely limited saturation of the economy with the money the government risked to drop on it in 2020.

The Russian Government virtually had to pass between Scylla and Charybdis. And I would say, they actually did it. Instead of distributing money to everyone, the government focused on supporting the most vulnerable groups and businesses: children, the unemployed, pensioners, as well as small and medium-sized companies. The government consistently and effectively responded to arising problems, with due account of the national specifics. As a result, Russia has spent less money to support the economy than other countries, and inflation has not surged as it could have.

There is no such thing as a perpetual motion machine

Alexey Makurin: How fast will the economy grow after recovering from the coronavirus? What does this depend on?

Vladimir Mau: The current crisis is a reaction to an external shock. The recovery should begin as soon as the pandemic ends or weakens – something we are actually witnessing right now. Predicting further developments is a much more sensitive story, though. Many experts assessed the situation as ‘pre-crisis’ even in late 2019, shortly before the pandemic. They discussed the end of a global economic cycle and expected a recession to begin. We do not even know for certain yet whether the pandemic has nullified that regular cyclical crisis or just postponed it.

When the new cycle begins, much will depend on how the leading countries’ financial authorities will act. If they tighten their monetary policy – raise the key rate, cut government spending – a cyclical crisis will be more likely. At the same time, the stock market bubble that has swelled during the pandemic will burst, and it will improve the situation in the long term.

If governments continue to pump money into the economy, the bubble will continue to inflate and an even more severe crisis will break out later, because there is no such thing as a perpetual motion machine. Worse still, this will happen amid a surge of inequality, when income from property and financial transactions for a relatively small group of people will grow much faster than for those who work for a salary.

Alexey Makurin: The Bank of Russia raised its key rate in March and again in April after lowering it four times last year. What does this mean?

Vladimir Mau: Our monetary authorities are pursuing a very cautious and delicate policy trying to prevent macroeconomic destabilization. At the same time, the Government is taking measures to prevent an imbalance of its expenditures and revenues. Before the pandemic, Russia’s national debt was unprecedentedly low. It is still exceptionally low compared with most of the leading countries. This situation allowed the Ministry of Finance to borrow on the market when it had to dramatically increase support for people and businesses. But a country cannot play with escalating its sovereign debt for ever. This may end in a crisis, and its aftermath will slow down growth for a long time. Controlling government spending is just as important now as tracking price dynamics (inflation).

Vladimir Mau: Here again, a war analogy suggests itself. Wars go down in history not only as events that cause numerous casualties. They also accelerate technological and institutional changes (although this certainly does not justify waging wars in any way). The architecture of the 20th century industrial economy largely developed during WWI. In the same way, much of what happened in 2020 created springboards for a new leap.

The role of healthcare has been reviewed. Initiatives aimed at modernizing this industry will remain among top political and budgetary priorities for a long time.

Remote digital services are anything but exotic now. Just think of it, before 2020, if a speaker at an international academic conference requested a possibility to join the meeting via videoconference citing their inability to show up, that could be considered disrespectful. Now it is normal practice. Some of the speakers participated online in the Gaidar Forum RANEPA hosted in January. It was one of the best conferences in terms of content, and incomparably larger than any of the previous ones in terms of audience. Even the biggest conference room can seat about 1,000 people. Discussions from the last forum were watched online by almost 200,000 people, with an average viewing time of 1.5 hours.

Thanks to the rapid penetration of digital technologies into various spheres, we also have a chance to improve the quality of public administration, which is much more important today than 100 or even 50 years ago. The quality of public administration is a state’s competitive advantage today – in fact, it is as important as the cheapness of labor. In a situation where investments can be re-channeled from country to country with a few mouse clicks, they tend to flow into countries that offer the best climate.

Alexey Makurin: What projects should the state invest in to have more money glowing into the economy?

Vladimir Mau: The state should promote initiatives that improve the country's appeal for private investment, as well as sectors that create a demand for technological breakthroughs. I am referring to education, healthcare, transport infrastructure and all digital industries.

Incidentally, low investment activity is not solely a Russian phenomenon. Savings exceed investments in many countries today. One of the reasons for this is the rapid technological change, which makes it too difficult to estimate the outlook for investment projects in a few years. Inflation is low almost everywhere, which means there is no incentive to take risks when money can be just saved. In this situation, it is the state’s job to take on the risks associated with uncertainty in the development of society, and become an investor of last resort, that is, support projects that are underinvested in market conditions when they absolutely require financing.

Alexey Makurin: The World Bank has advised Russia to limit import substitution to stimulate economic growth. Should we heed that advice?

Vladimir Mau: Russia needs a balanced approach here. Like any unconventional measure, import substitution can have a significant effect, but if misused, it carries serious risks. It is essential to estimate the potential effect of such projects. International experience shows that products manufactured under import substitution programs enjoy demand in closed regional markets but are not globally competitive. Therefore, it is important to promote ‘export-oriented’ import substitution. It is also possible to view import substitution as groundwork for a technological breakthrough in the future.

Alexey Makurin: Are there any signs suggesting that in the next 10 years, Russia will make a technological breakthrough and leave its notorious export-commodity-dependence behind?

Vladimir Mau: It is possible. The solution actually depends on ourselves, on society’s ability to solve national problems. Both the population and the government have to be committed to achieving the major result. The current Russian Government definitely is.

It is generally impossible to draw up a strategy for a future economic miracle; such things are most accurately described by economic historians. What most countries later recognize as an economic miracle was the subject of sharp criticism when it started. Later, in retrospect, textbooks explain why the miracle happened.