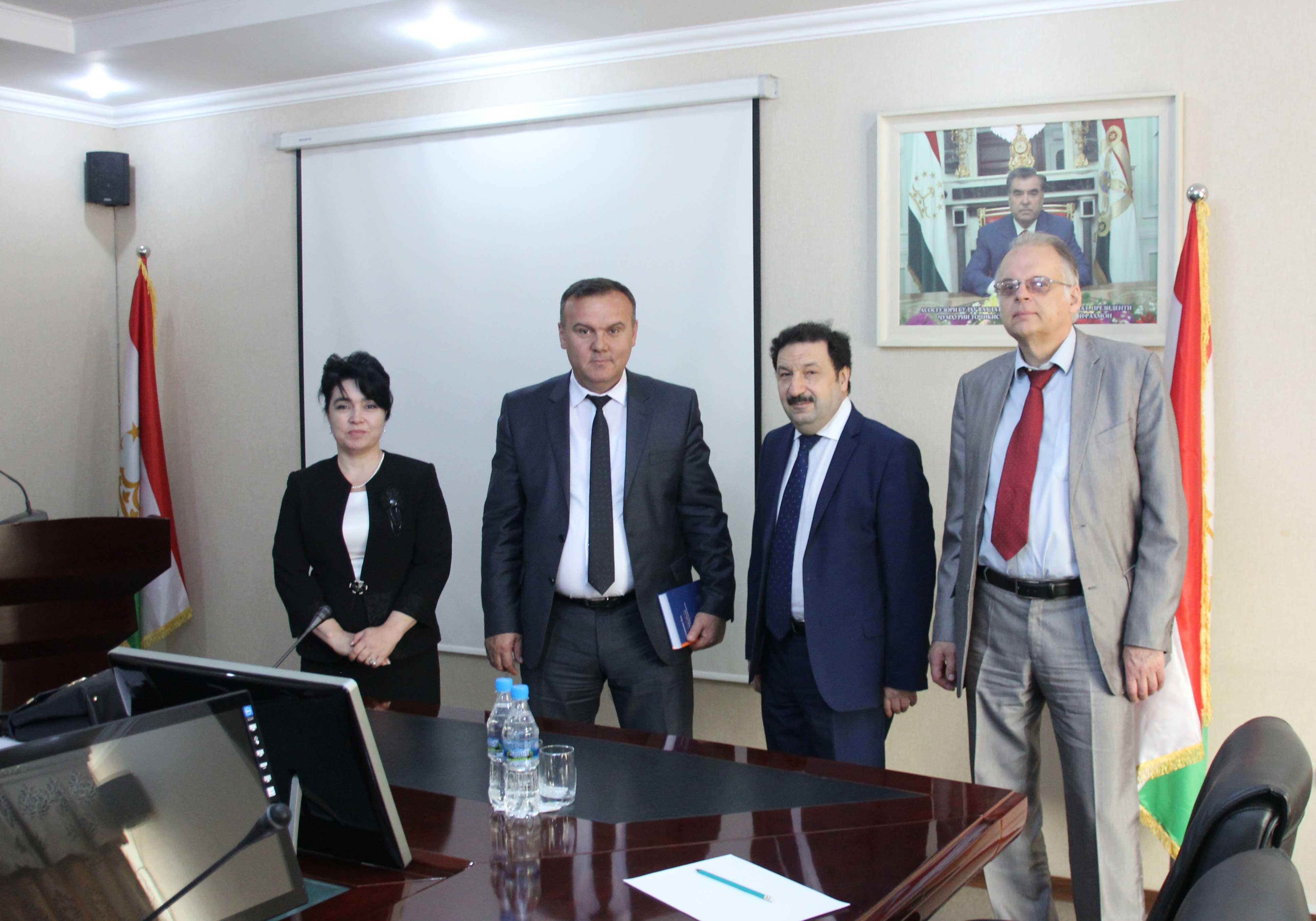 From 4 to 6 October, RANEPA delegation led by the Rector Vladimir Mau visited Tajikistan, where an agreement was reached to improve the skills of civil servants of the Republic.

The agreement was signed by the Rector of RANEPA Vladimir Mau and the Rector of the Institute of Public Administration of Tajikistan Lutfiya Abdulkholikzoda.

The RANEPA program includes 26 classroom hours. After completing it, the civil servants of the Republic of Tajikistan will receive professional development certificates.

During the visit, Vladimir Mau spoke at the regular Gaidar Readings, Cooperation of Russia and Tajikistan: New Economic Realities and Opportunities, in Dushanbe on October 5. The event was organized by the Gaidar Institute of Economic Policy (IEP) and the State Financial and Economic University of Tajikistan.

Alexei Vedev, Director of RANEPA Center for Structural Research and Leading Researcher at the Financial Studies Laboratory of IEP, also spoke at the Gaidar Readings. He focused on the key risks for Russia’s socio-economic development in the medium term. Pavel Trunin, Director of RANEPA Center for Research of Problems of Central Banks and Head of the scientific direction “Macroeconomics and Finance” of IEP, analyzed the process of normalizing the Bank of Russia’s monetary policy after the 2014–2015 crisis.