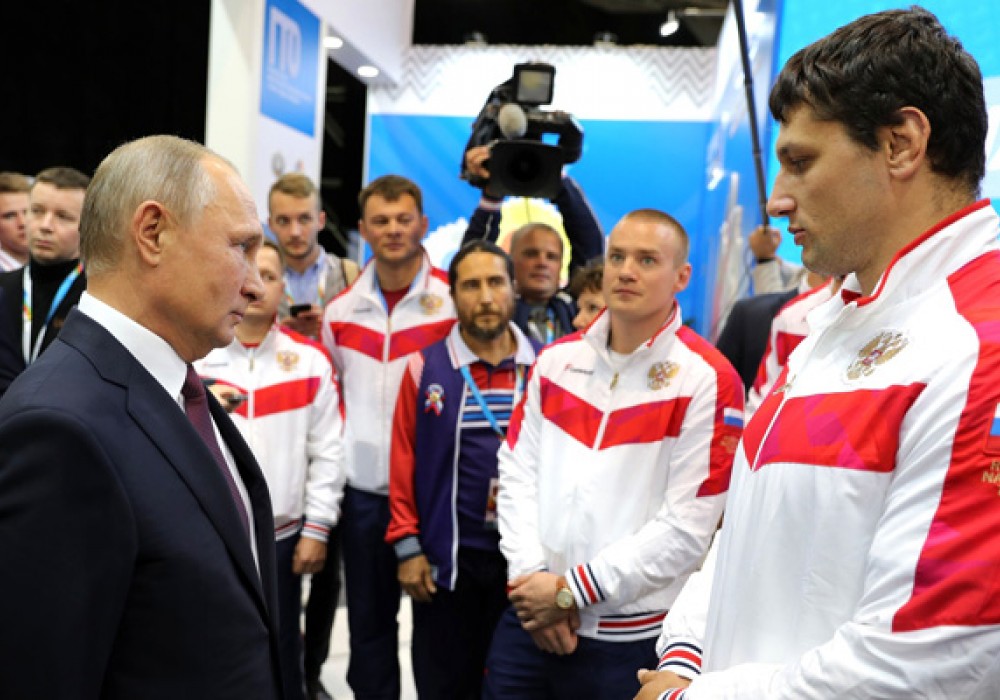 President of Russia Vladimir Putin met with Sambo World Cup winner Artyom Osipenko, a graduate of the Bryansk branch of the Russian Presidential Academy of National Economy and Public Administration (RANEPA), during the 7th Russia – Country of Sports international forum.

The forum under the patronage of the President was held from October 10 to 12, 2018, in Ulyanovsk, bringing together more than 2,000 participants from 85 Russian regions.

Vladimir Putin took part in the plenary session, Physical Education and Sports: New Development Targets. Later he spoke with the winners of the 2017 and 2018 world championships and holders of gold badges of the Ready for Labor and Defense national health and fitness program.

Bryansk sambo fighter, Honored Master of Sports of Russia Artyom Osipenko – a graduate of the Bryansk branch of RANEPA, 7-time champion of Russia, two-time European champion, 6-time world champion, champion of the European Games 2015, and World Cup winner – met with the President along with his colleagues on the sidelines of the forum.

The delegations from various regions were led by ministers of sports and heads of sports agencies. The heads of several regions also attended, along with famous athletes, representatives of international and Russian sports federations, the Olympic and Paralympic movement, the academic community and business.