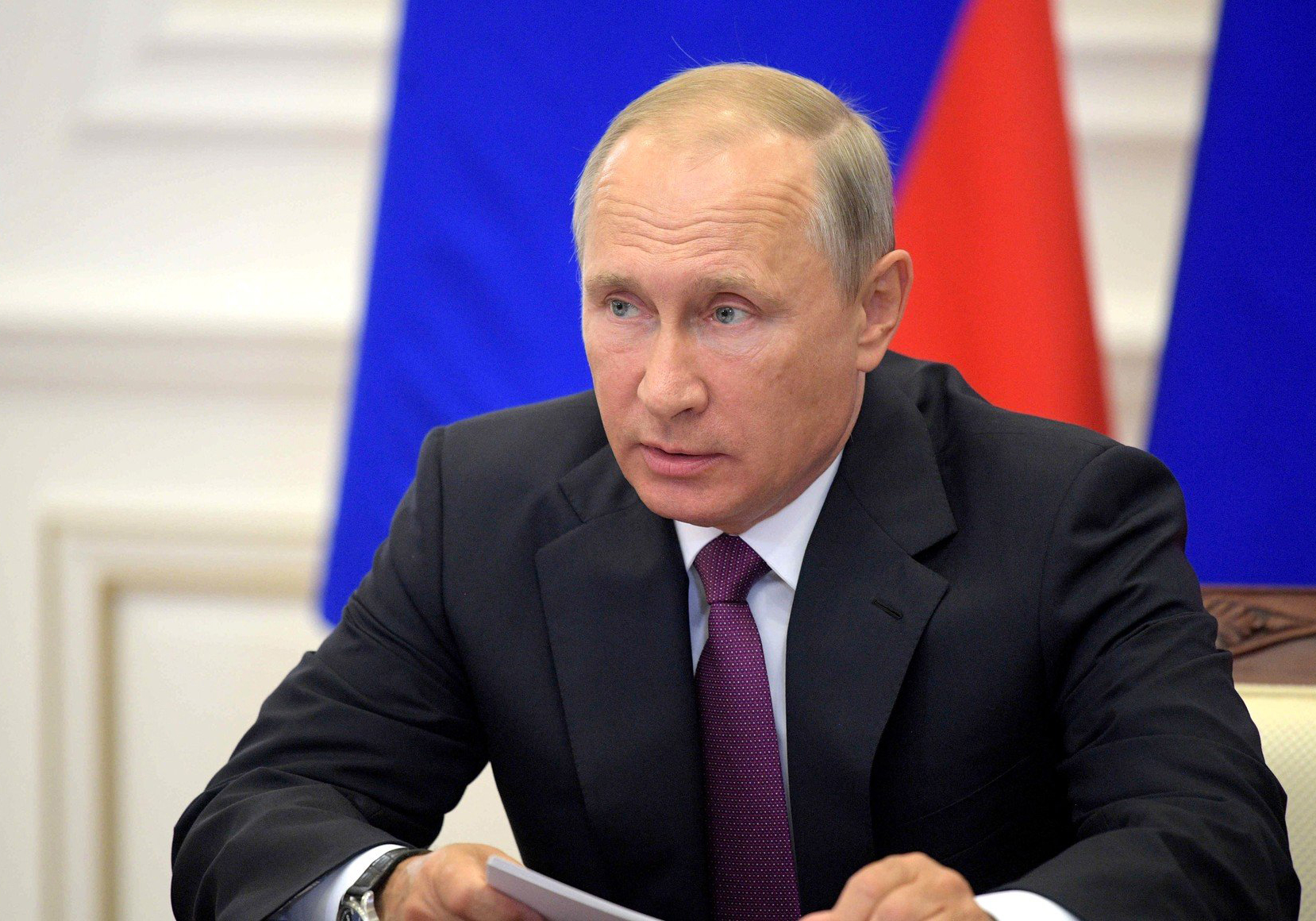 The closing module of the program is taking place this week at Senezh Management Studio, one of the educational centers of the Russia – Land of Opportunity presidential platform.

The Management Personnel Pool program started in 2017 at GSPA RANEPA in partnership with Sberbank Corporate University, the Skolkovo Moscow School of Management and the Higher School of Economics. It is aimed at preparing a top-notch management reserve for government positions at the regional and federal levels. As many as 305 people have been trained over this time.

“I have no doubt that your dedication and skills will be a valuable asset, and every one of you will be able to prove yourself, just like your colleagues from previous groups did. Importantly, the Graduate School of Public Administration is, in fact, the pinnacle of the management personnel training system, and all links matter in this system, which we will definitely continue to develop. They must work as one and, importantly, they should be based not on nepotism or good connections, but on transparent principles based on each person’s objective merits so that anyone who seeks to do good for the country and to achieve new professional heights, could do so through mentoring programs, contests and other open and accessible formats,” Vladimir Putin said addressing the graduates.

He added that a number of alumni of the program have been appointed to various government positions after completing the course. Five of them are federal ministers, 39 are governors heading Russian regions, while others are city mayors and senior executives at major companies.

The fourth group joined the program on September 30, 2020; 80 people have successfully completed the course. The group included 16 winners of the Leaders of Russia management contest, one of the flagship projects of the Russia – Land of Opportunity presidential platform.

“Winners of the Leaders of Russia competition have been participating in the program for the third year in a row. I think that the competition and the program complement each other perfectly well and are an indispensable part of our numerous projects. They are united by the common goal which is to create conditions for personal fulfilment of people of different ages and occupations who live in all regions of our vast country,” the President noted.

Over their time in the program, 12 participants got promoted to high positions in government. For example, three of them became acting heads of Russian regions – Dagestan, Tyva and the Ulyanovsk Region.

The fourth group has completed eight thematic modules. During the year, the students worked on the development of their leadership potential, studied the modern principles of effective management, developed communication and self-presentation skills, and did regional internships. At the end of their educational tracks, all the participants presented their final projects.

“It is especially valuable that you have studied the best domestic and international practices, communicated directly with the most experienced and effective managers and, I am sure, learned much from them. I would like to take this opportunity to specifically thank your mentors. It is also important that during training (by the way, with the support of the current heads of the constituent entities of the Federation who are graduates of this program), you completed internships in the regions and worked, as they say, on the ground, and began to work on real territory development projects, which, I hope, will continue into the future. I am confident that having completed the program, you will spread the newly acquired skills, experience and management practices in the entities and departments where you work or where some of you might work, and thereby improve their effectiveness,” Vladimir Putin pointed out.

“Russia has an integrated multi-stage social mobility system, created on the President’s instruction. Various contests and Olympiads held on the Russia – Land of Opportunity platform, which have involved over 8 million people by now, are part of that system, as is the Management Personnel Pool program at GSPA RANEPA. Its mission is to give every Russian a chance at self-realization and to provide transparent career mechanisms for talented people,” said Alexey Komissarov, CEO of Russia – Land of Opportunity and Director of GSPA RANEPA. “This system starts at the level of school contests, such as My First Business and Bolshaya Peremena. We have received more than 2.5 million applications for the second season from children in grades 5-10 and students at colleges and technical schools. The next level includes projects for university students, such as the Your Move competition launched this year, and the I am a Professional Olympiad, as well as projects for specialists such as the Digital Breakthrough, the Masters of Hospitality, Teacher of the Future and others. The top level includes the Leaders of Russia contest for managers and the Management Personnel Pool program at GSPA, which is also popularly referred to as the School of Governors.

One of the graduates, Governor of the Perm Territory Dmitry Makhonin, spoke about his participation in the program: “The Perm Territory is a large region. Naturally, managing this region includes building up competencies, acquiring new skills and experience. Due to the course we have completed at RANEPA, we will be able to look from a different angle at the processes taking place at federal agencies, rethink our plans and projects and, most importantly, exchange experiences and opinions with the best administrators.” He also spoke about the project that he implemented during the training: “As part of my training, I teamed up with Sber to conduct a roadshow of the region's investment appeal for more than 100 investors considering projects in the Perm Territory. We understand that investment promotes development of the social sphere and improvement in the local people’s lives. I would like to express the deepest gratitude to all the organizers of this course, to all the speakers and experts.”

Head of the Federal Taxation Service Daniil Yegorov, also a graduate of the program, said: “I would like to thank you for this idea, because everything always starts with an idea. The organizers are an absolutely great team. I think it’s a perfect example of true dedication, which is the right attitude if you want to create something truly valuable. Importantly, we all come from very different backgrounds. Some of us are involved in helping vulnerable groups, others work in the regions, and still others, at law enforcement agencies. We had to work as a team and find solutions together keeping in mind that it can only be done through respecting and hearing each other. Our diversity is of great value.”

Daniil Yegorov also said that, along with expanding the participants’ expertise and providing them with new competencies, this program allows them to implement their projects and ideas almost immediately.

“I absolutely have to say a few words about our speakers, about our lecturers. We had people here who have reached incredible heights, each in their own position. Being with them helped us shape our values ​​and gave us the energy, making us believe we can do much more than we think. We will never forget what we have gained here. We launched leadership projects, promotion and mentoring projects. It isn’t just a retraining course, it is a major phenomenon, which is difficult to overestimate,” he shared.

One of the program graduates is Senator Maria Lvova-Belova, member of the Presidium of the General Council of the United Russia party. “Thanks to the Leaders of Russia competition and the Management Personnel Pool program, I became a Senator at the Federation Council from the Penza Region. Before that, I was engaged in social work for 12 years. I led a non-profit organization that supported young people with disabilities. As a rule, after growing up in an orphanage, people with disabilities most often end up in neuropsychiatric institutions or in nursing homes. We have built 10 houses for such young people, where they can live, study, work and most importantly, self-actualize. We now have 70 residents there from different Russian regions; and 500 people have received help through our training and experience exchange programs. But we are aware that there is still a lot of work because there are more than 32,000 such young people,” she told the President of Russia. “The social elevator has worked for me. The Management Personnel Pool program and the Federation Council have given me an understanding of how social policy is being implemented in the regions, and how government bodies operate. Now our center has reached agreements with regions to open three of its branches there. I really want to be as useful as possible, not only in my professional capacity, but also when it comes to social issues where I have personal experience. For example, I am a mother of many children, 17 in fact – five birth children, four adopted ones and several young people in my foster care. I am immensely grateful to you for the available state support for large families. It is important that the family's standard of living does not dip with the birth of a new child.”

She also highlighted the program’s practical focus: “I would like to specifically mention our regional internships, working on the ground. It is a chance to see firsthand how everything works, how problems are set and how they are solved. My team was sent to work in the Kamchatka Territory with Governor Vladimir Solodov, also a graduate of the program, second group, where we developed an inclusive tourist product for people with any form of disability to feel like real surfers in the Pacific Ocean.”

“I would like to support my fellow students and thank all the organizers, experts and teachers who shared their experience with us. Thanks to their efforts, we got the opportunity to learn new things. This makes us stronger and opens up a new vision,” said Anatoly Razinkin, Deputy Prosecutor General of the Russian Federation.

At the end of the meeting, Vladimir Putin wished all the graduates of the program for the development of the personnel management reserve good luck and excellent results in their professional projects, career development and at home.

Irina Plescheva, executive director of the Russian movement of schoolchildren, commented on the meeting with the President and noted that all changes on the national scale always begin with a big change inside oneself.”

“Over the past three years, Russia has made a leap forward in promoting social mobility by creating the Russia – Land of Opportunity platform and the Russian movement of schoolchildren, which I head. This program gave me a chance to improve my own competencies and a unique experience from regional internships, as well as provided an environment for schoolchildren so that they could see their own prospects of growing in their home country. Such attention from the President shows that he does not only care about the present day, but the future is also important to him. We have created more than an environment; it is a perspective, which suggests that our country’s greatest asset is its people,” Irina Pleshcheva said.

According to Minister of Youth Affairs of Tatarstan Damir Fattakhov, the Management Personnel Pool program has brought together “unique, interesting, and bright people.”

“We are certainly different, but I think we have at least one thing in common: we aren’t indifferent. We are people who believe in our country and believe we can do something good, change the world for the better. We sincerely want our country to be strong and successful, and we want Russian people to be happy. The President of Russia said today that all our skills and expertise we are going to apply in our future work will directly affect the quality of life of our citizens,” Damir Fattakhov emphasized. 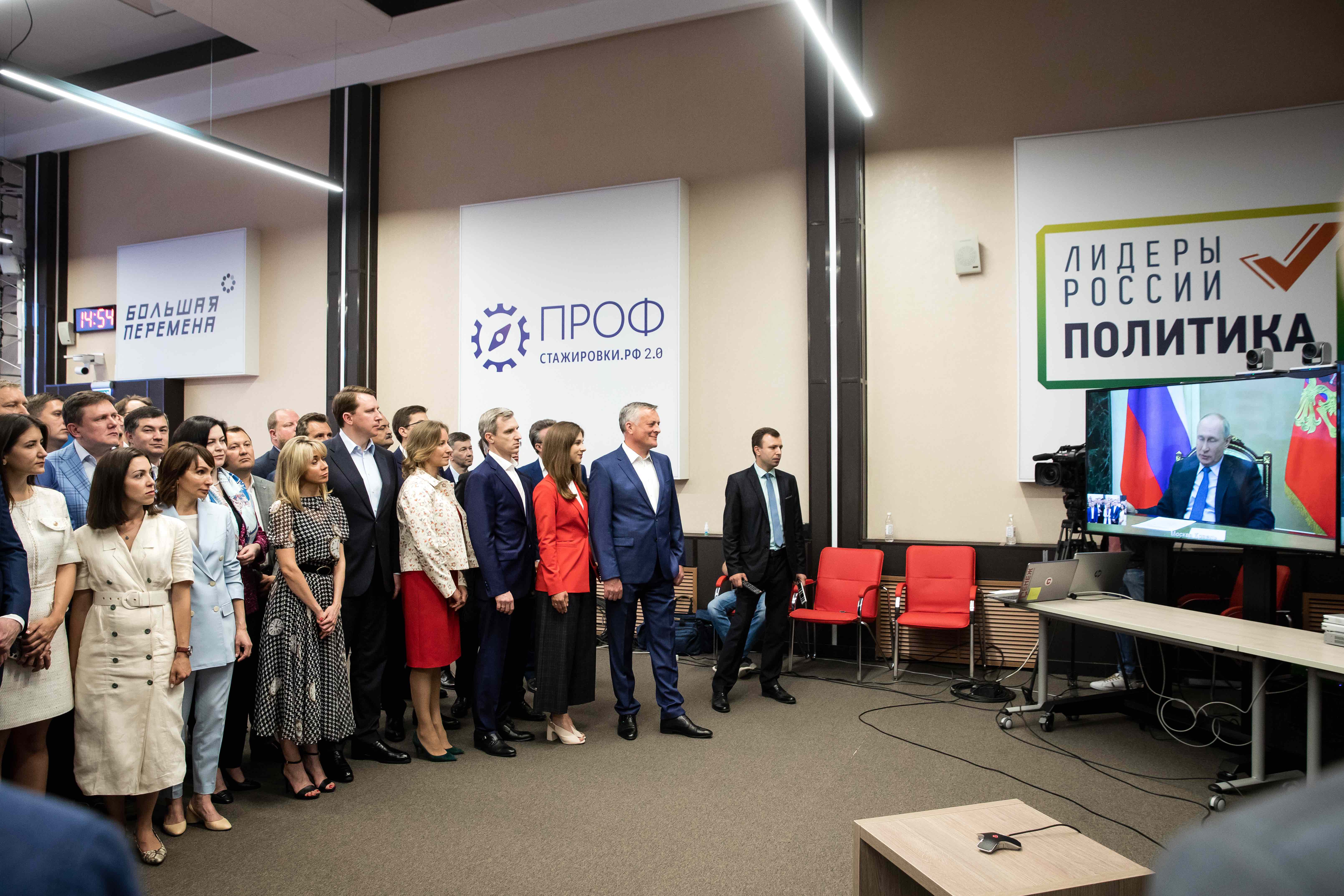