HomeNewsNews Why and How Public Policy Should Be Studied: Answers by the RANEPA Institute for Social Sciences experts

Why and How Public Policy Should Be Studied: Answers by the RANEPA Institute for Social Sciences experts 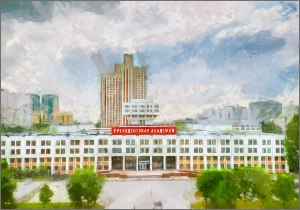 In 2016, the Department of Public Policy and Public Administration of the RANEPA Institute for Social Sciences initiated the creation of the Public Policy and Social Science educational standard. This is how Russia’s first Bachelor’s degree program in public policy that trains specialists for work in governmental bodies and business structures, came into being. The interest in this field is increasing among different educational institutions as well as among applicants, therefore the creation of this new master's program is a continuation of the development of the Public Policy education. At the same time, this industry in Russia is just gaining momentum, so as part of the discussion participants answered three key questions about public policy.

Ekaterina Shulman: When you tell people that you teach public policy you can often hear in response: “Do we have one?” The notion itself is a victim of the “translator’s false friend”: if you ask a person not involved in the subject of public policy, that person will of course answer that it is the politics that takes place in public, i.e. in the information space. But when we talk about the public law, everyone understands that here “public” does not mean “visible”. It means “relating to the public interest”. Same goes for public policy, it is not something that happens in any specific way openly. Public policy is a wide range of topics related to public decision-making.

Vladimir Yakimets: I have personally encountered more than once, in articles and public speeches, various “incantations” linking public policy to openness, glasnost, transparency and work in representative bodies of power. Now, this does not mean anything: if the institutions themselves don’t work, these categories remain mere incantations. In fact, there are four main positions in public policy: articulation of the public interests, public control over government activities and the state of affairs in society, the ability to influence the formation of state or municipal public policy, and political education of citizens. As for the formal definition, it sounds as follows: municipal public policy is a system of interaction of authorized entities responsible for the preparation and adoption of management decisions related to the functioning and development of the municipality, with various actors and the creation of conditions for the involvement of citizens in the development of the municipality.

Vladislav Kalinin: In discussing the terms, we need to start by defining the difference between the concepts of politics and policy. “Policy” means “course of action aimed at making a decision” in English, and “politics” is “struggle for power”. Four elements are distinguished in public policy: subjects of policy (state, NPOs, bureaucrats), objects (country’s population, households), as well as theory and practice. Public policy is a kind of a unity of theory and practice, that is assembly of modes of governance that are based on different regimes and techniques. Administration or New public management as a subject that appeared in the 80's in Western countries to replace the classic bureaucracy can serve as examples.

Alexander Balobanov: I really like how Aristotle begins his book “Politics” with the concept of a polis, that is, a city-state where the policy refers to the highest type of communications about common issues. The concept has changed in the course of history, but the semantic core has remained unchanged. The policy as the subject is always public, as it relates to common affairs in our shared space. But answering what that space is has always been difficult: from antiquity to the present day.

What are the peculiarities of the public policy in Russia today?

Valery Dikevich: Many students who come to study from the regions often ask this question: “Why is it that all the best people in our city end up in the “United Russia”?” We have to explain why this is the case, as the issue is quite acute, and students give concrete examples of local community initiatives. And we are working on these cases together. Here is an example from my own practice: public hearings on urban planning policy are scheduled at the municipality level, as at this level you can strongly influence the situation or bargain for serious benefits for the residents of areas where objects are built. But it should be noted that in Russian public policy the big players (corporations, banks, etc.) win among the spontaneous associations of citizens. Recently, though, thanks to civic activism on the Internet, the situation is changing, and more and more often the topic of construction is turning into an arena for a battle between state structures and civil society.

Vladimir Yakimets: I would start by clarifying that, after all, not every policy that is implemented in Russia is public. It is enough to look at the activities of the State Duma that holds some discussions in private. And the very inclusion of people in the process of influencing policy is emerging only when people begin to understand that their opinions can be heard, and that these opinions can influence the decision-making.

Alexander Balobanov: The discussion of real cases confirms that the public policy certainly exists in Russia. In today’s world, the question of the state is first and foremost a question with no clear answer so far. In this relation, the public policy involves thinking about what the state is. Being in the Russian space today, we have a lot of catching up to do. For example, all the issues related to human rights that were actively discussed after World War II, missed Russia, as we had a completely different state system. Also, often we do not pay attention to the fact that the world’s population has quadrupled during the twentieth century. And what does that mean for us? This means that there has been a dramatic increase in the complexity of interactions, communications and therefore decision-making. In such a context, public policy is at the heart of the key issues that organize people’s lives.

What should be done: how public policy should be taught and studied?

Ekaterina Shulman: For me, the ideal way to study this issue is through two elements: looking at how the state apparatus functions and how the society is trying to influence the state decision-making. In our conditions the political space is filled to a great extent with state actors and institutions, and therefore students should be given a complete and clear knowledge of the norms under which the state operates. It is equally important to talk about how political campaigns are structured, how citizens unite around their interests, how citizens interact with each other as well as with decision-makers. In this way, we give our listeners a toolkit for understanding the reality around them.

Valery Dikevich: It seems to me that theory and practice should be combined in teaching public policy. Educators need to find as many real cases as possible and discuss them with students.

View the full recording of the roundtable discussion “Why and How Public Policy Should Be Studied” at the RANEPA Institute for Social Sciences YouTube channel.