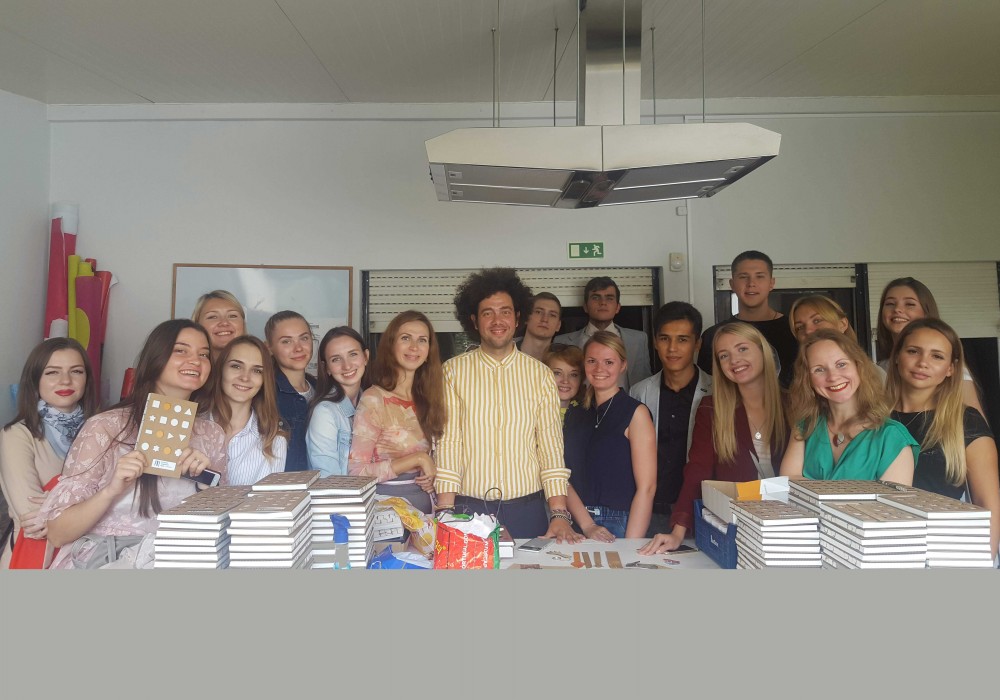 The authors of the best projects for the RAISE nationwide accelerator of social initiatives (season 2017/2018) have studied the experience of social enterprises in different cities of Portugal.

The winners of the Ranepa Inspiring Social Entrepreneurship (RAISE) Accelerator are regularly rewarded with overseas training sessions. This helps them learn and use the best international practices in implementing social entrepreneurship projects. This year, RANEPA representatives visited leading social enterprises in the cities of Lisbon, Cascais and Porto.

The most significant event during the trip was a visit to the Porto City Administration, where the group was invited by representatives of the local council of deputies. The RAISE participants spoke about their projects and received first-hand information on how to establish socially-oriented enterprises, develop them and make a profit.

One such example is the ColorADD project, which Porto’s municipality is supporting and promoting at present. It is designed specifically for people who are completely or partially unable to distinguish colors. This is a kind of braille font, only for the color blind, the developers explained. This system is already being used by manufacturers of stationery to mark the colors on pencils, water-colors, and by garment manufacturers who print special symbols to distinguish colors on their labels. The Porto and Lisbon subway systems use this font to mark the lines. The children’s ColorADD adaptation program has been long included in the school curriculum. Along with teaching children a special font for recognizing color, it also helps avoid some of the social and personal problems that people with special needs face throughout their lifespan.

In addition to the training hours, the students enjoyed an entertaining cultural program. The RAISE winners took walks along the ancient streets of the second largest city in Portugal, Porto, visited its most famous places, and rode the funicular.

RAISE is a major educational program at RANEPA that comprises a competition component and supports projects aimed at resolving social problems and at the development of civil society. The competition is organized by the Institute for Organizational Development and Strategic Initiatives (IORSI) of the Presidential Academy. This year the winners were selected from more than 1,000 participants.