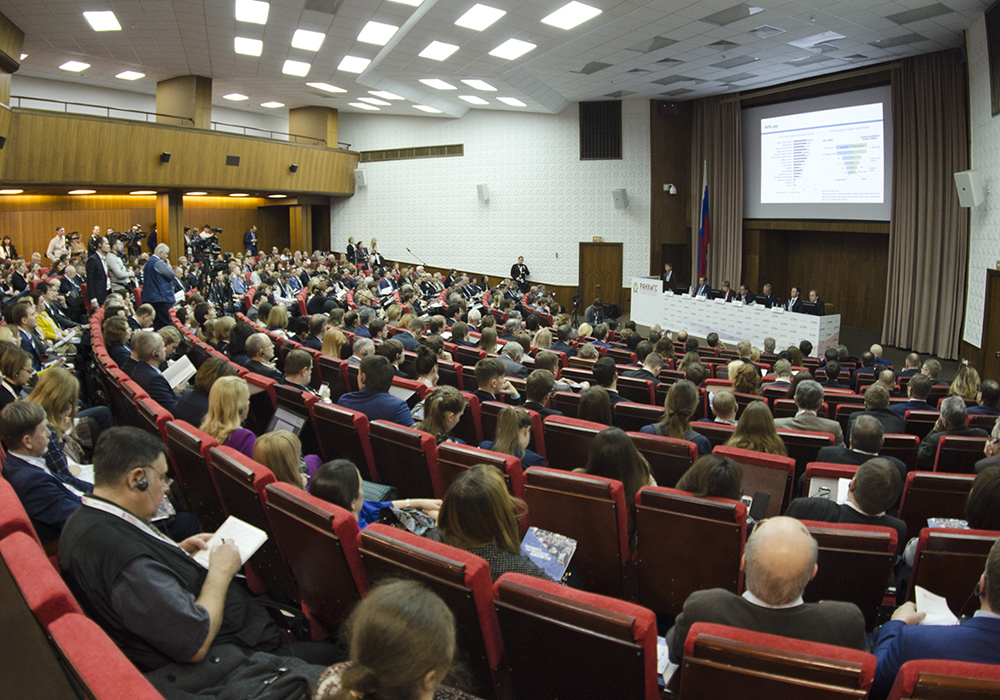 The World Bank presented a report, Russian Federation Systematic Country Diagnostic: Pathway to Inclusive Growth, on the first day of Gaidar Forum 2017, Russia and the World: Setting Priorities. The document analyzes the state of the Russian economy, identifies the greatest challenges facing the country and the key factors limiting growth in the short and medium term.

Ana Revenga, Deputy Chief Economist at the World Bank, was one of the key speakers. She highlighted a few important points from the report, concerning the results of the study. The speaker briefly presented the analysis of the economic changes in Russia over the past 20 years, noting that all the trends in economic growth over that period were closely linked with several factors, in particular the oil prices dynamics and the outcome of the structural reforms.

Since the beginning of the 2000s, Russia's favorable foreign economic situation and steady macroeconomic indicators have been promoting comprehensive economic growth and high growth rates in general. The situation began to change in 2012, as experts observed a significant slowdown. After the global commodity super cycle ended along with a sharp drop in oil prices, the Russian economy slid into recession. There are many signs indicating that the current economic growth model of has reached its limits, the speaker noted.

The report points to the need to find more sustainable factors fueling economic growth and incomes. The first option involves improving productivity to achieve diversified economic growth. The second one is to further improve the human capital and access to services.

Ms. Revenga listed three factors that limit productivity growth: aging infrastructure; unsatisfactory investment climate and lack of competition. “Another important step is to provide a level playing field for all economic actors. The lack of competition in the market limits implementation of innovative solutions and productivity growth. Also, we can see that the government is still very strongly involved in many sectors of the economy,” she said.