Новости
ГлавнаяНовостиНовости Вебинар "Prepositions: The truth, the whole truth, and nothing but the truth"

Вебинар "Prepositions: The truth, the whole truth, and nothing but the truth" 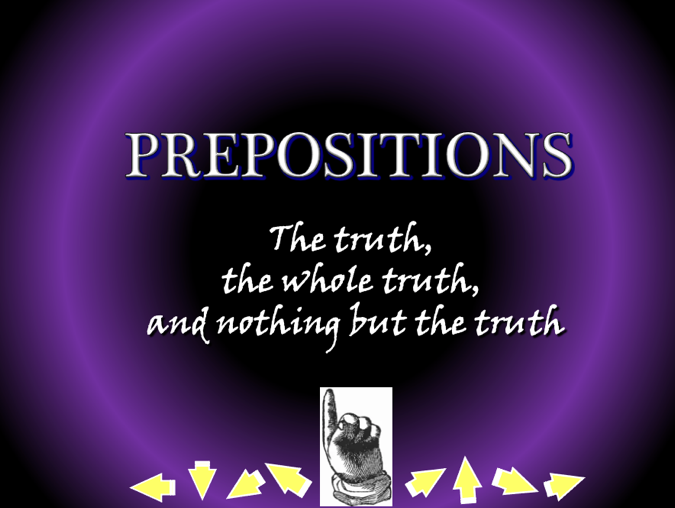 Prepositions: The truth, the whole truth, and nothing but the truth

As for prepositions, we do have them in Russian. The problem is that they are irregular and inexplicable. Unlike Russian articles, which are always regular despite being skipped, Russian prepositions are mostly irregular despite never being skipped. Indeed, how would you translate the Russian preposition ‘у’ in ‘У нас проблема’ or explain why we vote after (за) but apologize before (перед)? Just one verb ‘пойти’ can be followed by three prepositions of direction: в, на, and к; accordingly, the opposite verb ‘вернуться’ is followed by another three: из, с, and от. English, on the contrary, is quite happy with to and from regardless of the verb; compare: go to – return from, send to – receive from, sell to – buy from, speak to – hear from, etc. We can hardly explain how to use Russian prepositions, but we can easily explain how to use English. This is one more reason to congratulate the global academic community on having to communicate in English, the most logical and straightforward of all languages.