Новости
ГлавнаяНовостиНовости Вебинар "The Case of the Hidden Articles "

Вебинар "The Case of the Hidden Articles " 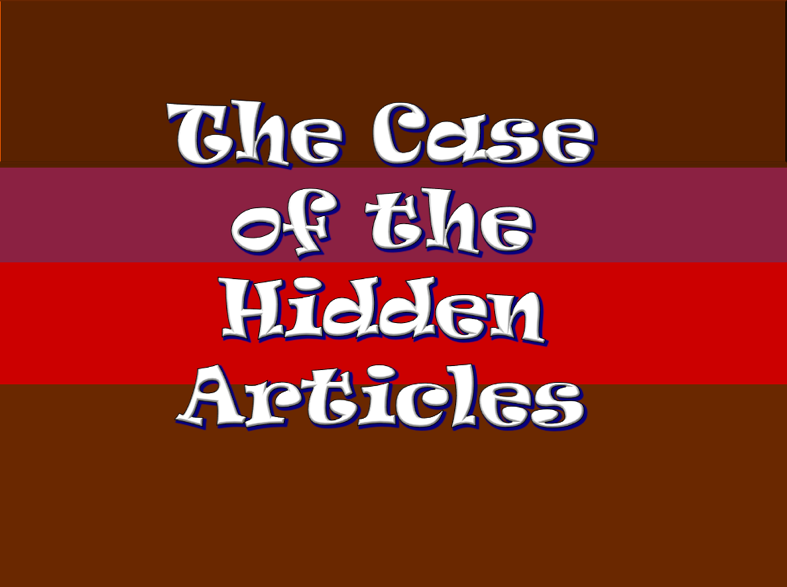 The Case of the Hidden Articles

Many think that there are no articles in Russian, but they are mistaken. Russian does have articles, and they are rather similar in meaning to English – that is, if we used them regularly. Skipping the word does not mean skipping the meaning, however. If we just pronounce or write the Russian article each time we mean it (and there is only one way each time), we will immediately know the corresponding English article. This simple strategy is hidden from us by two misconceptions: the belief that Russian articles do not exist and the idea that English articles exist in two forms, definite and indefinite. In fact, the latter may be true of other European languages, but not English nor Russian. In these two languages, articles are organized in four levels of particularity. When we match four and four, the problem is dissolved. By the way, my teaching experience has demonstrated that English articles are much easier taught to Russians than other Europeans, who strive to match their native two with the English four and fail. Conversely, Russians can just learn to translate their own four properly. I hope you understand what I mean. If not, then visit the webinar.